In and Around Barcaldine

A nice warm day here in Barcaldine and Neil managed to fix his wheel successfully. It was just a relaxing day lounging around the tent but we did manage to do a quick ride around the town looking at a few of the sites. 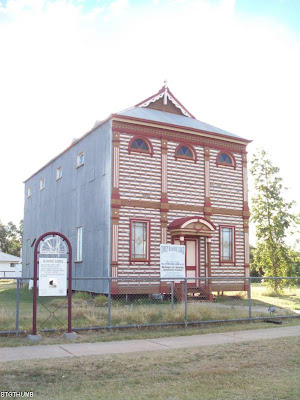 This is the Masonic lodge - it is a really strange building made out of corrugated iron and it stood out in the street! 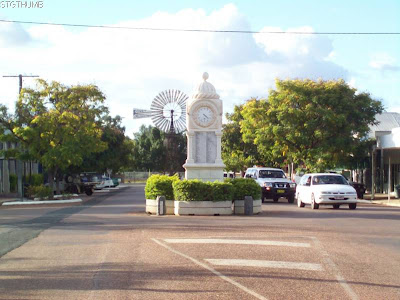 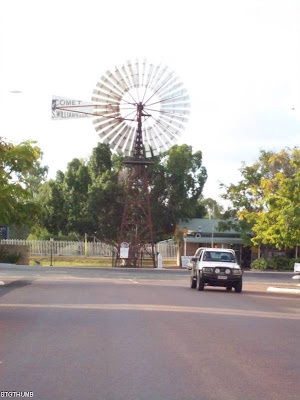 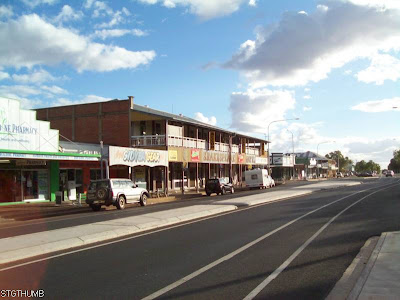 Above is the main street of Barcaldine
One thing Barlcaldine is famous for is the 'tree of knowledge' which is outside the railway station. It is a memorial to the men who fought for workers rights back in 1891 and formed the basis of the labour union movement and eventually the formation of the Labour party. 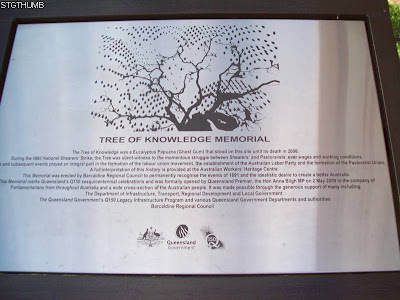 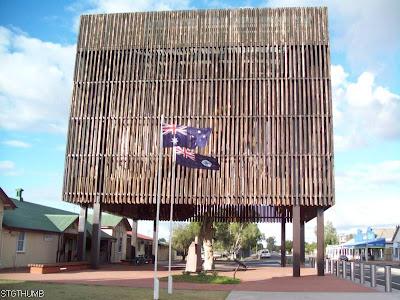 The tree (which was killed in 2006 by some form of protest) sits under this somewhat 'eye sore' of a box and from a distance you think .... yuck! but when you stand under it you soon realise that it is actually quite cool! 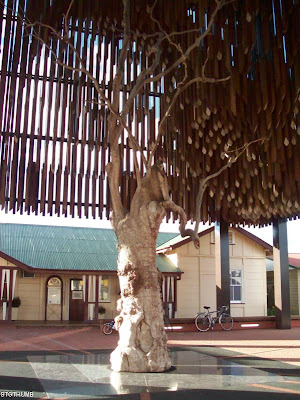 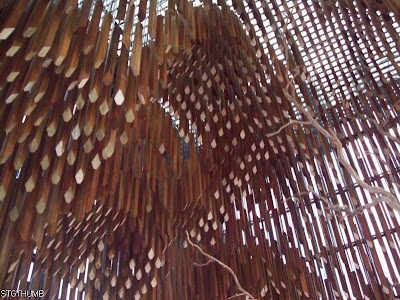 these wood spears hanging down are meant to represent the shears used by the shearers in the workers struggle against the pastoralists.
It is quite a nice memorial just a bit of an eye sore if you don't know what it is initially!
Posted by Janet O'Brien at 6:46 PM