Paringa to Culleraine = 80km
Cummulative total = 1156km
Before I tell you about our exhausting day I have some pictures to share with you from Paringa.
Just up the road from the caravan park is a motor museum - not sure if it is open as it looks pretty run done and the grass is quite long around all the exhibits. But Neil tries to tell me that the following is used to make baked potatoes from the 'baked potatoe man' I'm thinking for a split second 'oh yeah so it is' and then I take a closer look and see that he is trying to pull the wool over my eyes and then I think ... hang on I am sure Neil has never had a baked potatoe from the baked potatoe man! 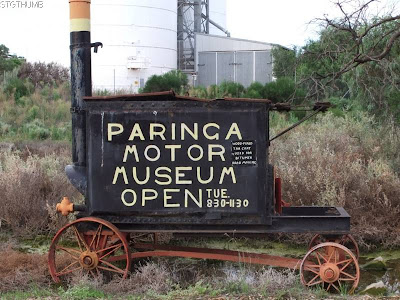 it has something to do with applying tar on the roads!
On our rest day we did go and see the lock #5 but I couldn't quite get my head around how it works as the river is really full so I couldn't be bothered trying to imagine a low water line and how the lock would work. I sort of got the idea. 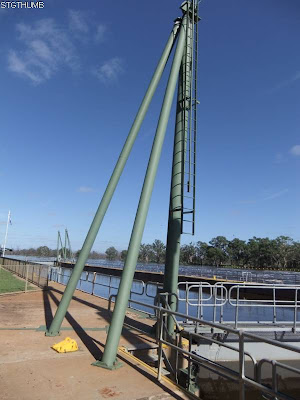 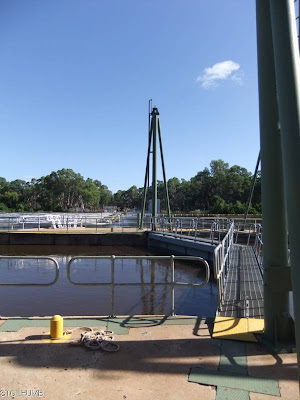 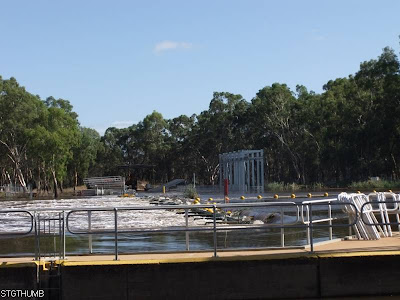 while in the town center we went to the information center and parked outside of it on the river was this old paddle steamer boat and I remember seeing advertisements for it to go from Renmark towards Morgan - a 5 day journey in April and you could buy tickets - I don't think you sleep on the boat but in accomodation where it stops but it is quite reasonable value going from town to town on it. 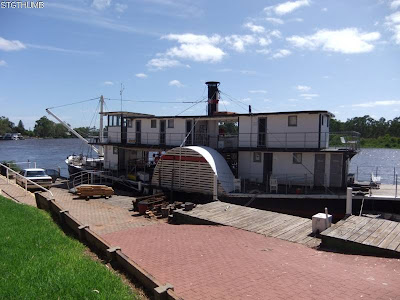 for the life of me I can't remember the name of the steamer! 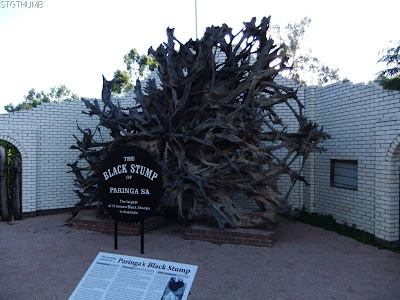 this is a photo of a black stump - again this was another thing I couldn't quite get my head around in what it is meant to represent or mean! I do know that it is one of only 11 black stumps in Australia and it is also the biggest.
Anyway onto todays cycling - I always knew that the leg from Paringa to Mildura would be one of the toughest that is why I prefered that we had gone the other way (anti clockwise) first but alas flooding caused us to go clockwise first and so this part would be tough with the prevailing winds and I was right today saw severe head and cross winds for the entire 80km - I thought I was going to flake out towards the end of the day!
We took our time and there was no need to try and fight this wind it is easier to just go with the flow and accept the fact that we wouldn't get into camp before 4pm and we would be cycling for at least 6 hours in total.
Our first stop was at Yamba where they inspect all cars and trucks coming into SA for fruit - this is to prevent some bug coming through. 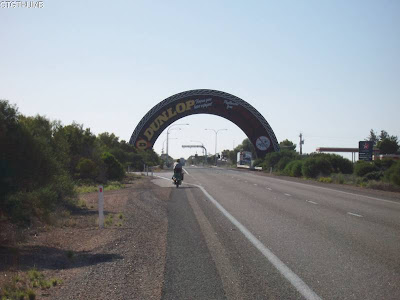 our second stop is at the border (22km from Paringa) as we are back in Victoria now. 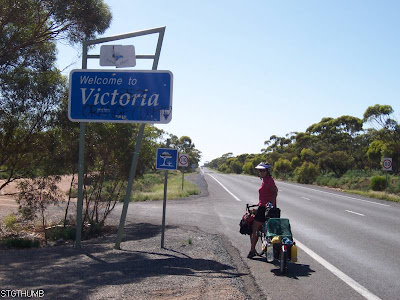 Our third stop is for lunch at some Australian government thing alongside the road - didn't say what it was but it had a fence for us to lean the bikes against! One thing it did have and that was flies! 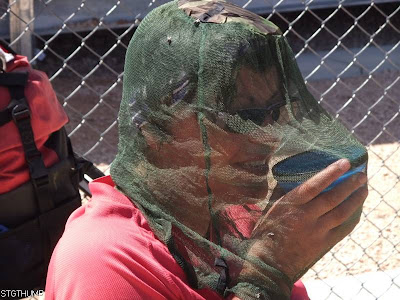 there was literally thousands of flies hanging around and made eating and drinking very difficult. 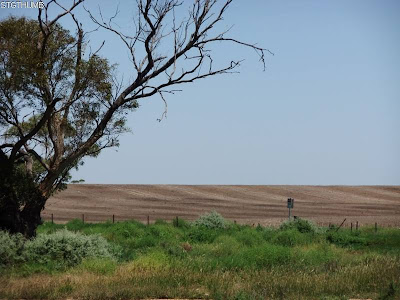 our 4th stop was alongside the road and by now I am beginning to feel it in the legs - we must have been about 25km away from Culleraine. There are lots of wheat fields around - some are still being farmed and I think there were a few that hadn't been farmed last season as they were all growing paddy melons (which are useless for anything and are a weed!) 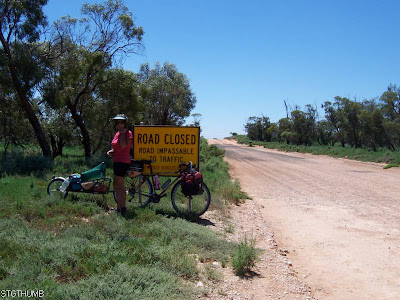 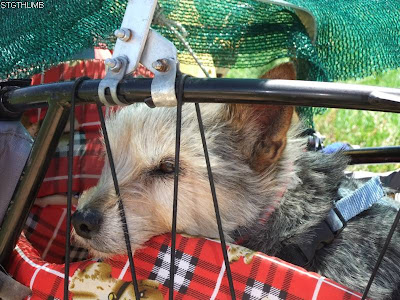 this is kouta on the 4th stop - as you can see he is just as exhausted as us! 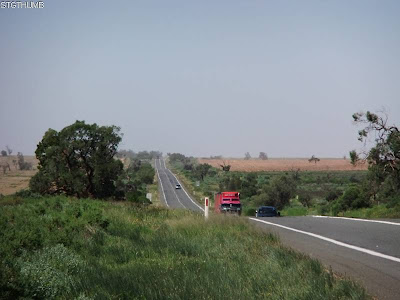 by 2.30pm the wind began to really blow and I was getting slower and slower! some of the farms that didn't grow wheat last year their paddocks where red and the wind would pick up the red dust and blow it everywhere. You can't quite see it in the above photo as by the time I got to pull over and take the camera out the dust had blown by!
I hit the wall around 15km before Culleraine - A truck overtook us (we have a good shoulder the whole way today) and there is an incredible amount of drag behind that truck which usually I can control the bike but for some strange reason as it overtook us I wasn't expecting a massive gust of wind directly behind the drag and all of a sudden I loose balance and off the road I go - All in one motion I slammed on the brakes and unclick my feet - normally I slam on the brakes - stop - then realise that I am still clicked in - and over I go!!! So by then I had had enough and was over it - today was the type of day I wonder why I am doing this when I could be in my craft room!!!
Tomorrow there is more of this - I am hoping the wind isn't as strong as today - one good thing about it is that we only have around 60km to do.
We are camped tonight at Lake Culleraine and it is a nice campground - big and no one here except for a few. the lake is full and if I remember I will take photos of it in the morning - I am too tired to do it now and it is getting late.
Posted by Janet O'Brien at 7:22 PM