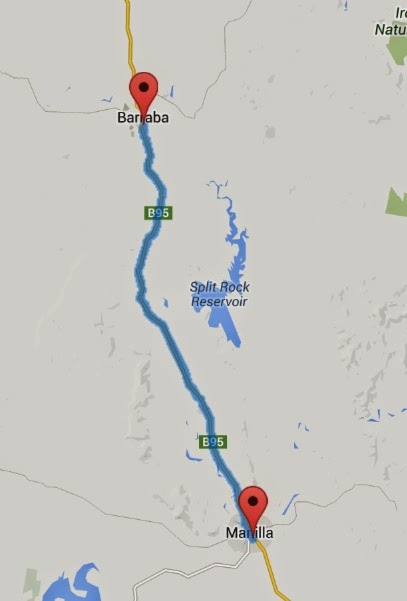 Since we knew it was going to be a relatively short day today we decided to sleep in a bit and leave a little later ... Kouta had no objection to that.
It is a lovely bright clear morning and last night at 5.48pm there was a lunar shadow (I think that is what they called it) we heard about it on the ABC radio earlier in the morning and because of the pollution in the air it makes the moon appear pinkish as it goes behind the earth shadow or something like that!
We are riding on the Fossickers way and the road isn't as poor condition as the Black Stump way, although it is alot more hillier.
This morning there is virtually no wind ... typical since it is coming from the south now and we are heading directly north ... it is only natural for it to be light or non existent.  In fact up until last week all the strong wind was in the morning while we are cycling whereas now we have a tail wind the wind is in the afternoon when we have finished ... man mother nature really hates us!
As you can see from the profile it is mainly up today.  It is mostly steady climbing so the gradient was easy pedalling.  It is spectacular country side through here.  Last time we rode this way it was cloudy and grey but this time it is sunny and clear.  It is like riding through a valley with hills either side and also in front of you!  This is suppose to be "best beef" country!  Although I didn't see many cattle in the paddocks they were mainly all in the trucks!
This is a photo on our way down a hill ... 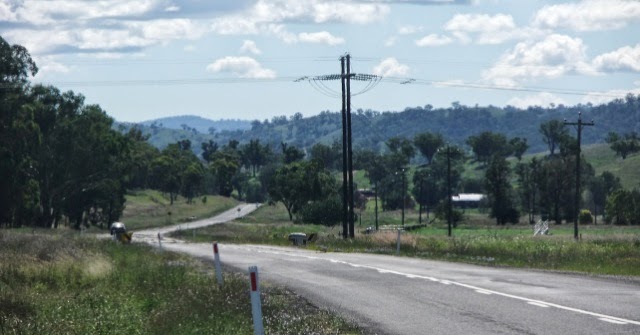 When we mapped our way I decided that we would stay at the Barraba Lions park which is a rest area 5km before the town of Barraba simply because I didn't like the guy who owns the caravan park at Barraba.  Last time he talked non stop and has a very strong opinion about anything and everything and basically I took an instant disliking to him.  I also felt uncomfortable in the caravan park itself ... I didn't like the set up of the toilets and showers - sort of ensuites  in a block and the windows were down low and you could see in etc.   Not your normal caravan block of toilets and showers where the windows are up high just below the roof, so I decided that we would camp free this time!  This is a nice rest area close to the road but the traffic is not heavy, it has shady spots, tables, chairs, rainwater tank and drop toilets! (I just heard you say ewwwww yuck! Mum!!!) 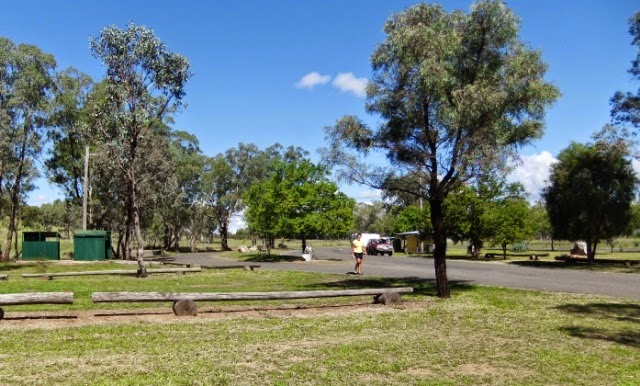 and our tent site is right under this tree ... 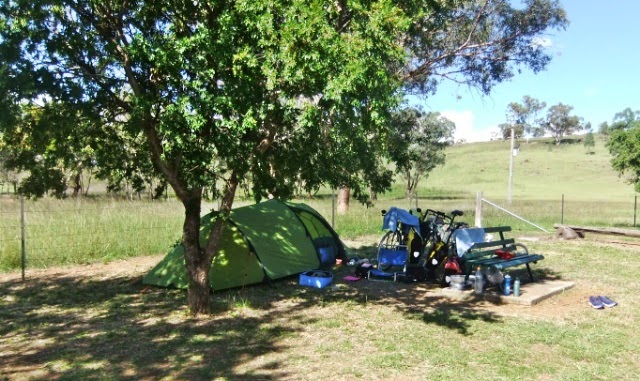 Tomorrow we move onto Bingara and stay there for 2 nights ... we have changed our way to Warwick (again!) and have decided to head across to Stanthorpe from Texas!