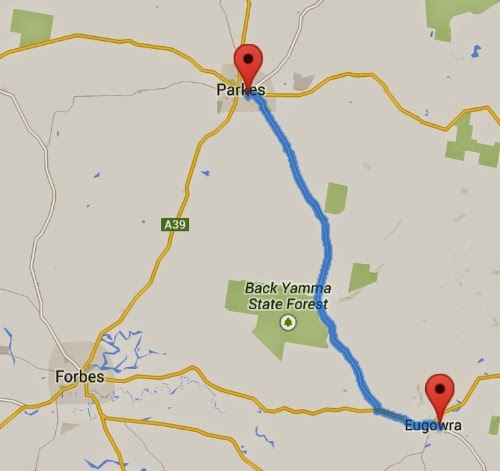 Well here we are in Parkes ... again - we came here 4 years ago and have returned as Kouta has an appointment with a vet to get some prednisolone tablets for his allergies to the caravan park grass.  Little did he know this morning when he woke up where we were going and why!
We passed by the little general store to drop of the key for the amenities at the showgrounds and on the side of the building are some lovely murals depicting what Eugowra is famous for and that is the largest gold robbery in Australian history.  Beside the mural is a brief explanation ... 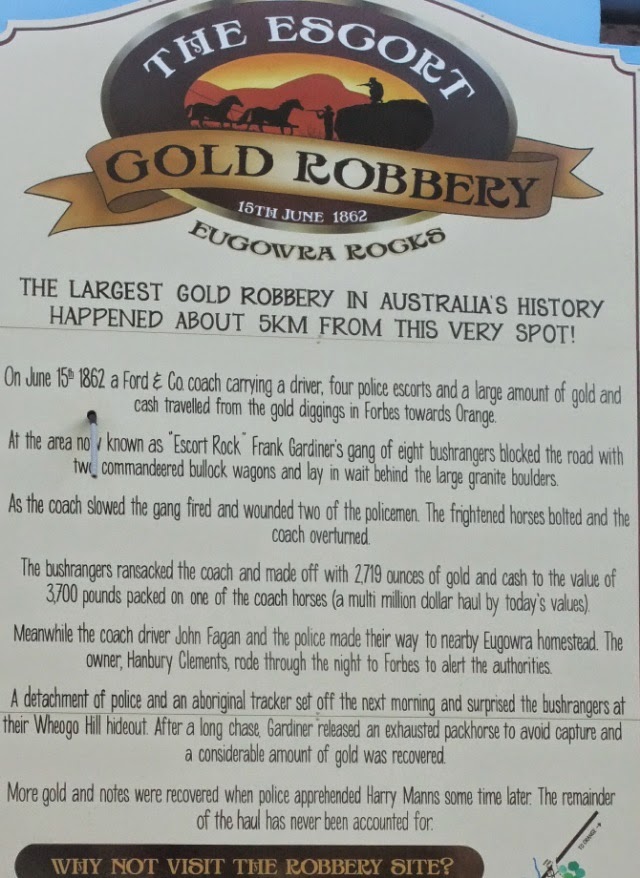 basically in 1862 Gardiners gang of 8 bushrangers robbed a coach carrying gold and cash to the value of 3,700 pounds (which is a multi million dollar hoard nowadays!).  They did get caught but not all the money was recovered. (we haven't found any yet!)

Garndiners gang did have a 9th member - Neil known as 'the cycle ranger' his job was to look after transport after the heist ... that is probably why they got caught!!! 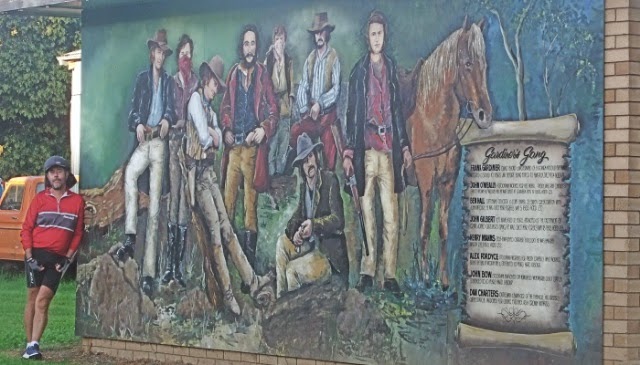 From Eugowra there is a gentle ongoing climb for the next 25km!  with the odd down every now and then.  Really this hill was the perfect hill, basically you rode in middle gear for most of it so it was a very steady easy climb, good for the muscles.  The day is getting warm in fact it was a warm night and the day ended up being in the high 20's early 30's.
The down hill to Parkes wasn't really there, well at least you didn't really notice it since it was gradual.
Parkes is a nice town and we arrive early around 11.30am.  We are at the council caravan park and we stayed here before.  It is a lovely park with a small kitchen (fridge, microwave, kettle, toaster and washing up area), the amenities are spotless and this park backs onto a rugby field 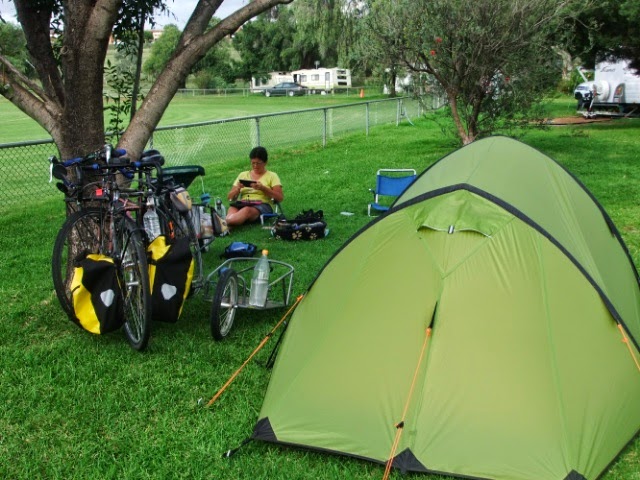 Fortunately for us they only charged us $10 per night for unpowered as in July the council is introducing to the park a $10 fee to become more RV friendly which apparently means to encourage those that don't require power as they are trying to encourage more people to stay over night in  Parkes and for a few days ... the more that stay the more they will spend money in town etc.  I think it is to combat that growing number of people staying at the smaller places that offer their rest areas like Gooloogong, in fact there are heaps around and they are becoming extremely popular.
I must admit if we come through again we will definitely stop here - we hadn't intended to go to Parkes we only came for the vet.
Speaking of the vet ... Kouta thought he was going for a lovely ride this afternoon and couldn't believe his luck that he could walk into an airconditioned shop ... until he realised that, to him, it was a bad place! The vet did nothing to him so I don't know why he panicked and was edging to get out.  But he got his drugs so he is happy. 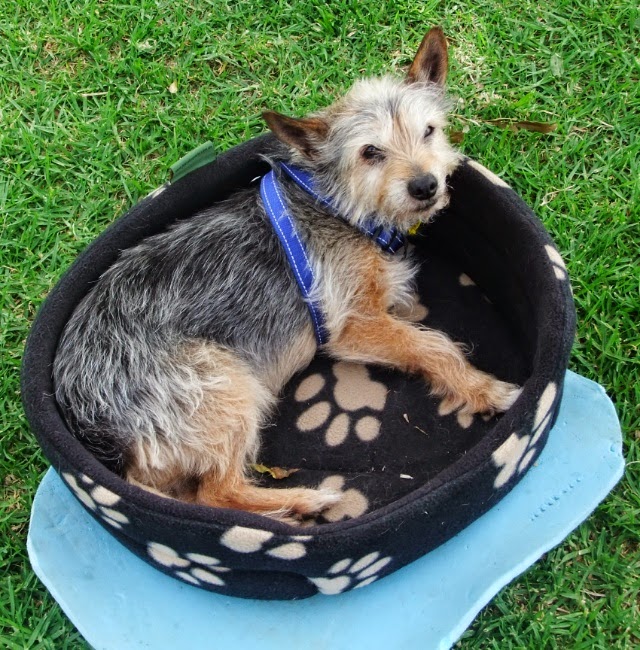 We are staying here tomorrow simply because there is forecasted some very heavy rain.  The majority of the rain is from Burke, Dubbo through to Orange (Dubbo is about 100km away from here via the Newell highway) in fact they have issued a possible flood warning.  We heard this morning that Parkes will get anywhere from 15 - 40mm of rain.  Must recheck to see what they are saying now.  I am hoping it cools down a bit!
Posted by Janet O'Brien at 5:17 PM