Coolah to Bush camp to Gunnedah 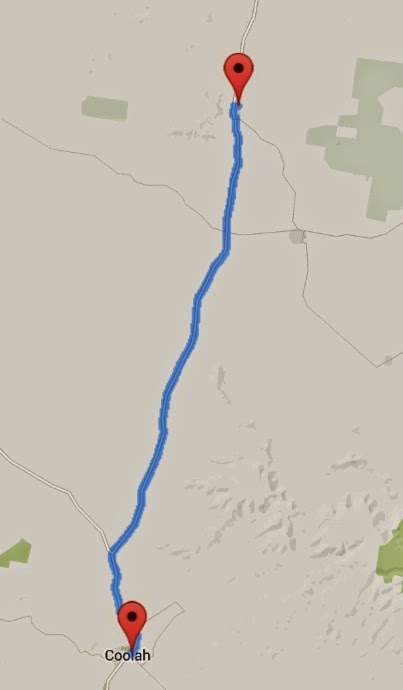 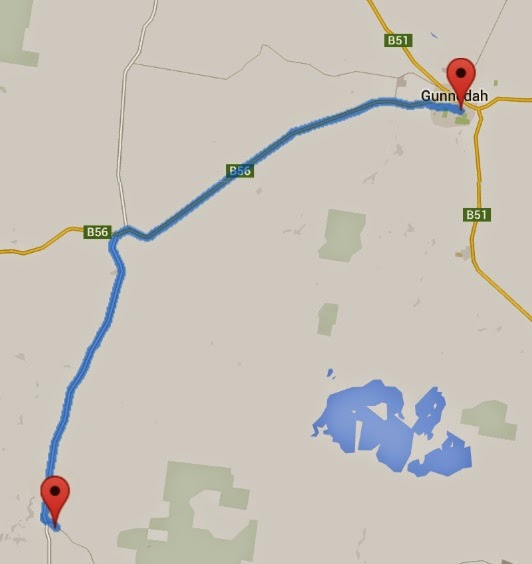 We couldn't quite get reception last night so todays blog is a double up. We had rain during the night while at Coolah so in the morning the campground was a bit boggy (what with all the building work going on the gracks are a bit churned up).  So knowing that we were going to bush camp tonight we loaded up on drinking water  and will get washing water at Black stump rest area 10km up the road.  There is a 6km climb to get out of Coolah and with the extra drinking water I really felt it!  Unfortunately we have a headwind again today.  So we set off a little later this morning and it is up for the first 6km then up and down for 4km, picked up water at the rest area (me an extra 2 litres and Neil 5 litres).  From the rest area it is another 2km and then a reasonable downhill.  At the bottom of the first downhill you come across this sign which was here last time we came through ... 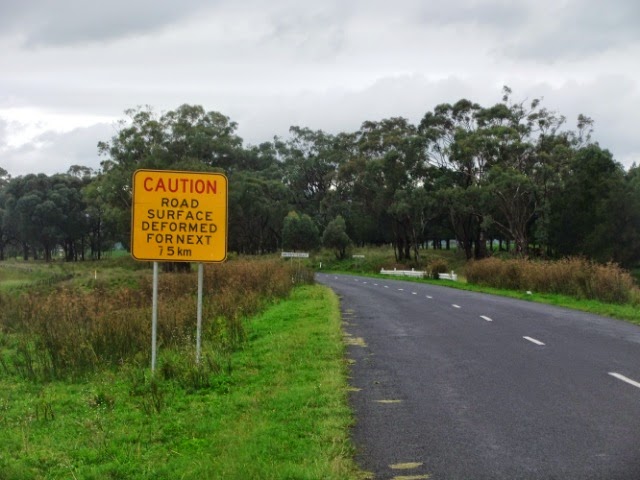 We are on the Black Stump Way which has a notorious reputation for a bumpy and pot hole filled road and this is from car and truck drivers!  As you can see from the profile it is 20km of up and down and there is no real long down until about the 35km mark.  Before that the hills were long in getting up them and too short going down before you have to restart climbing again.
There were quite a few roadwork signs along the way but no evidence of any happening!  What we did find is that over the past 4 years since we have been here they actually have done some resealing of this road as we found bits and pieces were relatively pot hole free!
Unfortunately this stretch of road doesn't offer any place to bush camp on the other side of Tambar Springs (we found this out last time we came north and there wasn't a suitable place until 30km from Tambar and that was still out in the open!).  We had decided to look for a place between the turnoff to Premer and 5km out from Tambar.  We got to the creek and found a nice track off and camped along this track. 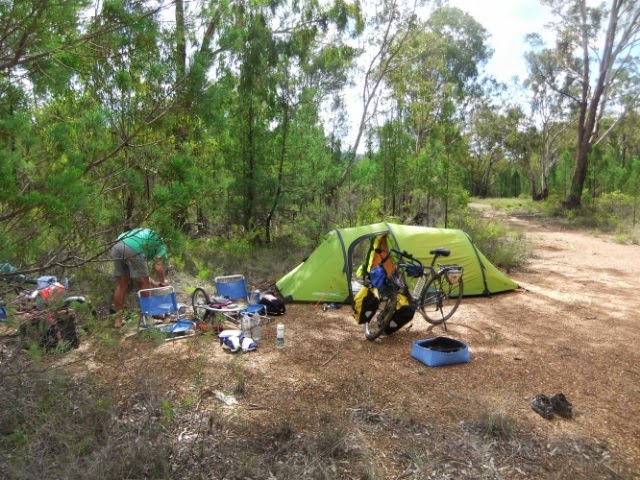 Luckily all the traffic we had today was turning off at the Premer turnoff - maybe going to Tamworth so the traffic was light and quiet.
It did rain during the night but not alot.
We woke this morning to a lovely day and the wind had died down considerably and also swung to the south which meant that we had a tailwind (finally!).
From the creek bush camp it is a nasty climb to Tambar springs - fortunately they put the steep part at the start!  The hill is enough to get your ticker going!  From there you go down to the flat and with our slight tailwind we could comfortably sit on 19km per hour which is quite fast for us!  The view is sensational along here - maybe it is the time of the morning - 7am! 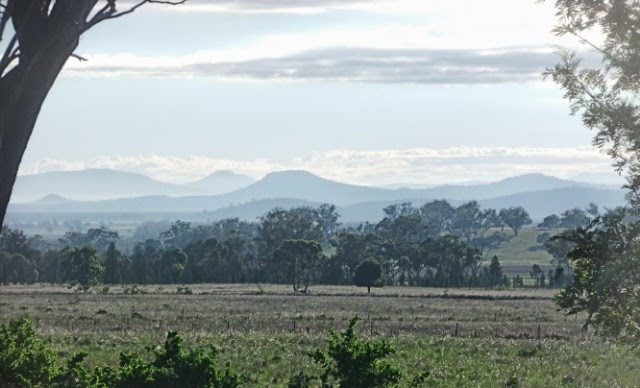 We ride along side by side a bit as there is no traffic this time of the morning and we take a trip down memory lane - remembering last time we came along here we made the decision to look for a spot after Tambar Springs to make the day to Gunnedah a little less.  Little did we know that along here is there is NO bushland like before Tambar Springs and it is all pastoral land ... Neil remembers it as me growling at him saying that there is no bush for me to go to the toilet or hide behind to have a wash and it is a stupid idea to do extra kms.   Whereas I remember it (more correctly mind you!) that we had a strong tailwind along here and we both searched in vane to find a suitable spot and realising that we had BOTH made the wrong decision in doing the extra kms and it is too late to turn back now!
Before we knew it we were at Mullaley which is on the corner of the Black Stump way and Oxley highway.  There is a pub and gas station on the corner and heaps of caravans there and we are wondering why they are there.  We continue on to Gunnedah and find out that they maybe there for the Country Music festival next weekend at Hartwood homestead (we met a guy at the rest area who is also going to this festival and was asking whether there is a suitable area along the black stump way to park up his big bus and trailer ... we say there isn't really!)
From Mullaley we go up, down and along a bit and it is not until the last 15km before Gunnedah that the hills get a little steeper and longer but it is okay as the wind which was coming across us (we were heading east to Gunnedah) had died down considerably so we had no wind for the first time in ages so we absolutely flew up the hills!
We made good time to Gunnedah and arrived just on 1pm.  we had decided to camp at the Showgrounds as the caravan park is very expensive even for unpowered.  The primitive camping is popular with caravaners and it is packed now as we have had a few late comers.  We have a powered spot (Geelong game tonight!)  It is nice here not many facilities just showers and toilets.  Not even a laundry so I did my washing in the foldable bucket and since there are no washing lines I have improvised and used the bike ... 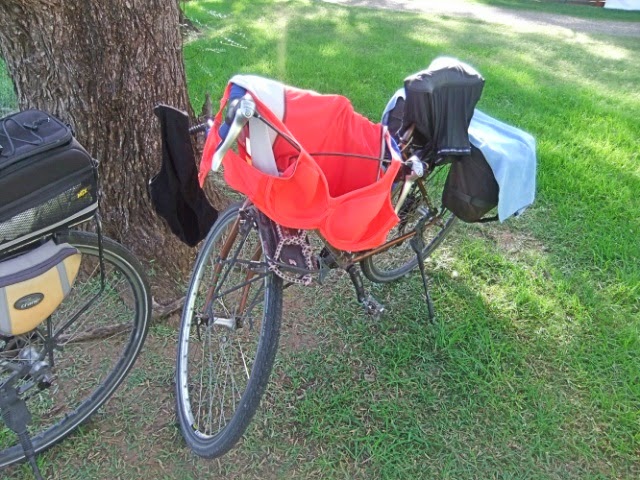 Ha, ha, ha I can use my bra as headlights!!!!  my shorts are hanging of the seat, shirt of the handlebars, knickers of the mirror and towel of the back pannier bags!
We will stay here for a rest day tomorrow and since it is Easter next week we will be taking it slowly and having more rest days between Gunnedah and Warwick.  Easter is difficult to travel through anywhere as shops are closed on Fridays, Sundays and early Saturday and Monday so we have to manage it so we carry food on days that shops aren't open.