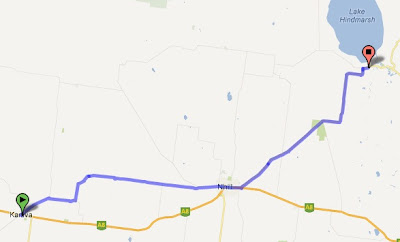 WOO HOO WE HAD A TAILWIND (jumping for joy at the moment!).  I have to admit that I did wake this morning not only to the smell of smoke but also to no wind and I remember waking up during the night smelling smoke and there was a strong wind blowing so in the morning when there was no wind about I thought ... yup the south westerly at 30km per hour happened while we were sleeping ... typical!
Alas late afternoon yesterday the clouds really thickened and greyed and at one point the clouds looked like something out of Lord of the Rings and Middle Earth - they were dark and puffy!  I tried to take a photo to reflect it but it didn't quite come out as I expected ... 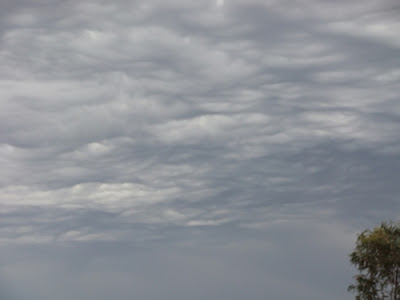 with this came thunder and lightening but not much rain.  It wasn't alot of lightening but a few did end up starting fires.  One occured while we were skyping Sharon at around 7-8pm and we said to her that we can see smoke but it is not close by and I do remember just before 7pm hearing sirens so we assumed it was a fire.  So as the sun was setting we thought nothing of the fire anymore but I did think wow what an orangey sunset (not even considering that the fire could be causing this orangey glow!) and it wasn't until around 9pm when we got out of the tent and we could see an orange glow in the sky and FLAMES! crikey it looked closer than what the smoke we had seen previously! but there was no wind at that point and I think it was far away it just looked close because we could see the flames!  I took a photo but it didn't come out great but you get the gist of it ... 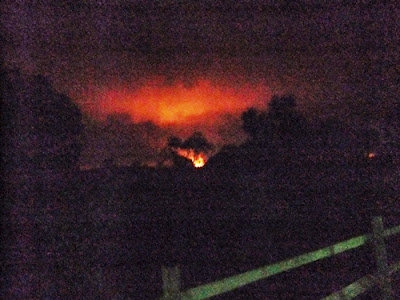 We woke this morning to the smell of smoke and we had some shirts drying over night and they had a slight charred wood smell to them!  We heard on the radio that in this area (West Wimmera) had 6 fires all started by lightening but there was one major one south of here near Casterton that was bigger although it is under control!
We left this morning around 8.15am and what do you know the wind also started at that point!  From Kaniva we had worked out a back road system through Miram and Diapur to Nhill.  This road was mainly heading in a east direction and the wind was blowing from  a south west direction so it was a cross tailwind but enough to help us along.  The road is flattish through to Miram and from here until Diapur it has hills but they are okay to climb and with a sort of tailwind we didn't have to pedal down the hills for once!  After Diapur to Nhill the road flattens a bit with a bump or 2. 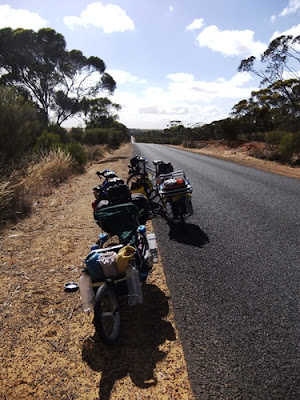 At Nhill we stopped for a cuppa and to pick up dinner for tonight.  At this point we had remembered that last time we went from Nhill to Jeparity there was free camping at Lake Hindmarsh but no water - we could only vaguely remember the details so we stocked up on water.
Kouta taking a quick nap while I did the food shopping ... 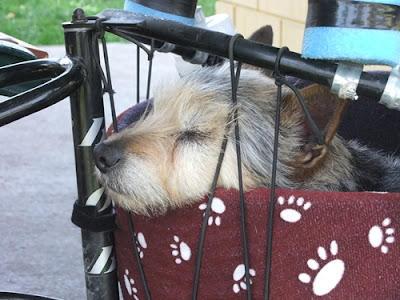 We left Nhill around 12pm and took the Western Highway for the first few kms and then the Jeparit turnoff.  This road is like this mornings road ... very quiet and lovely to ride along especially now we had turned and was going in a north east direction which meant our south west tailwind was now right behind us and pushing us along ... it felt good to have a strong wind and to pedal with very little effort.
Although it was a southerly wind the temperature was very warm and when we stopped for a quick break I noticed that it was cool but you could still get a heat shimmer when you looked across the grain fields ... 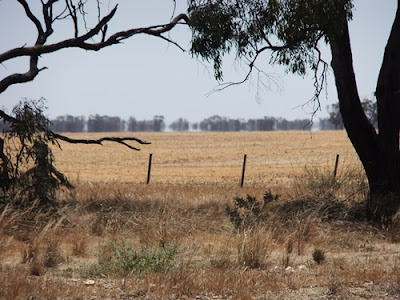 ﻿
﻿
﻿
﻿
can you see the tree line shimmering?
So we got to Lake Hindmarsh in good time - it is just before Jeparit about 5km.  It has toilets and drinking water (so we didn't need to bring all that water!) but you have to pay - there is an off peak season and a peak season (1 Dec - 30 April) so we are in the off peak season.  We decide not to get powered as it is a dust bowl where the powered sites are and with our mesh tent inside just gets covered with sand when the wind blows!  So we opt for the wide expansive unpowered area.  The showers are 20c and I got robbed I put in my 20c and no hot water came out so I saved my other 20c and had a cold shower.  Neils shower was hot but the 20c only lasts about 3mins.  It is 7.30pm and so far no caretaker is showing up - 2 other campers are here.
We have a lovely spot and a great view of the lake 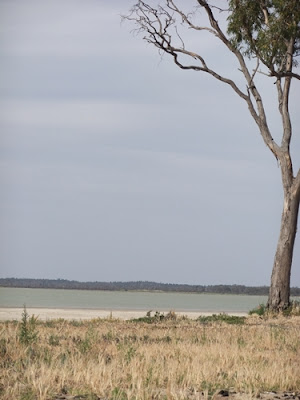 Not sure where we are going tomorrow - I think Warracknabeal ... Neil keeps changing our destinations and it is driving me nuts ... I like things to be planned.  I suppose it depends on the wind.﻿
Posted by Janet O'Brien at 7:33 PM