It has been a nice restful day so far in this quiet town of Koondrook. Went for a walk down to the bridge that crosses over to the Gunbower State Forest which is a very big island sandwiched between the Gunbower and the Murray (I think it is anyway!). Here is a photo of our camp spot. 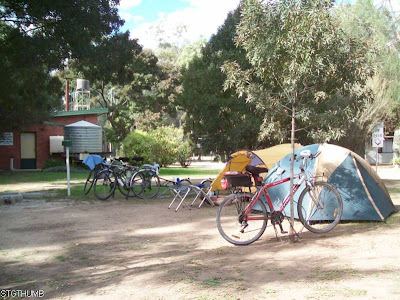 After walking the dog we took a short ride over the murray to Barham which has the supermarket in fact it has 2 - an IGA and also a Foodworks. Having 2 supermarkets surprised us as we didn't think that the 2 towns would warrant 2 grocers.
As we were riding along we came across this nifty contraption made into a clock. 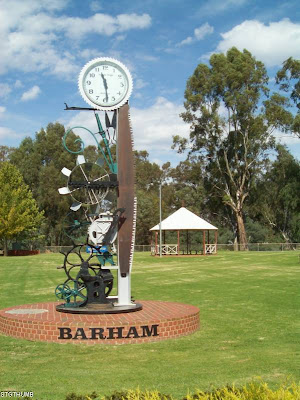 The bridge that crosses the Murray river is bit of an ancient relic (at least it looked and felt like it as we croassed over!) I think it was engineered by John Monash (not sure if that is the same guy that the big university is named after!) anyway it is regarded as bit of a engineering fete as I think it use to raise to allow the steam boats through. It doesn't raise now but the old wooden planks have been tarred over with bitumen and after wear and tear the gaps are beginning to appear between planks so you have to gingerly go along on the bike so that your wheels don't get caught in the ruts! 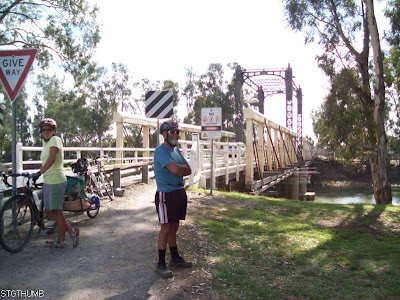 There is also a small walk in Koondrook that incorporates a series of redgum carvings and below are photos of a few that we saw. 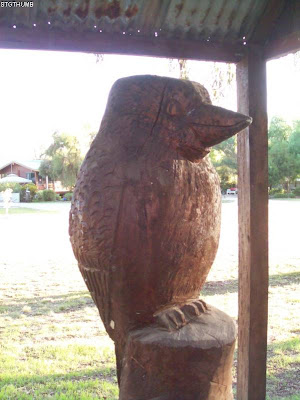 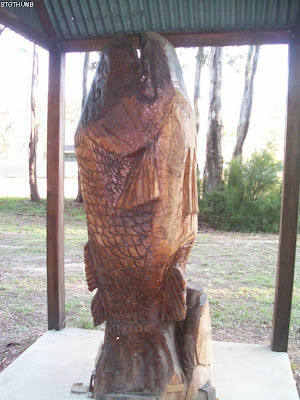 a murray cod (of course!) 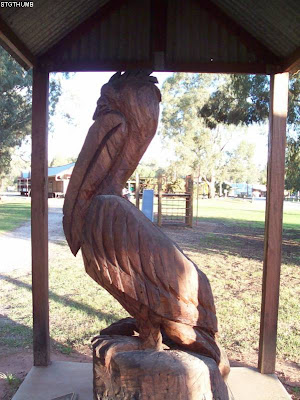 a pelican (don't quite see the relavance of that here!) 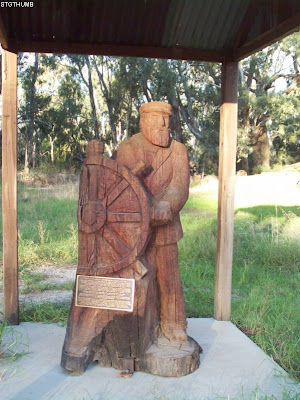 a steam boat captain.
Also the path takes you through a redgum sawmill (thought you might like the following photos Ray!). It is still being used today. And as you walk through it the smell of the wood is absolutely devine! they have redgum sawdust which I would love to bag just to capture the smell of it so I can open it every now and then to get a whiff of it!!! 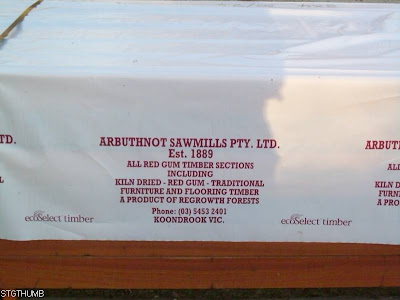 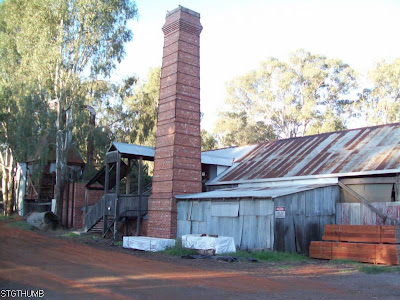 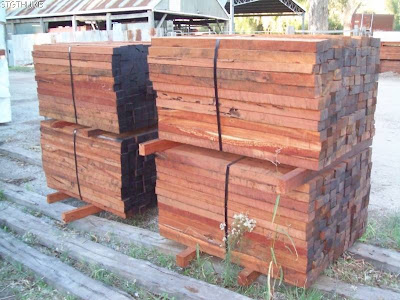 Tomorrow we head for Echuca as we have convinced dad to leave from there as it is easier for us to leave from Echuca rather than Swan Hill!
Posted by Janet O'Brien at 12:58 PM