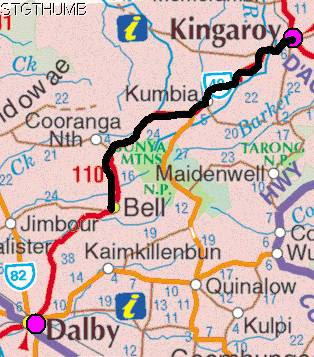 Before we get into todays ride let me tell you about our Kingaroy rest days. We arrived here on Saturday as there was forecasted heavy rain for Sunday. And it did rain on Sunday about 11am and it absolutely poured down all afternoon and night. On Saturday when we arrived we tried to pick a suitable camp spot near enough to a power point and we didn't do too bad but with such heavy rain all at once the ground couldn't absorb the rain fast enough and eventually the water flooded around us and began to trickle under the polythene mat which the tent is on - it was like being on a water bed ... so we made the decision to move under one of the many shelters around the showgrounds. There was a break in the afternoon between rain bands (we watched it continually on the bureau of meteorology radar website!) and we moved the tent completely to a concrete floor shelter and the inner tent only got a little wet so it didn't take long to dry out. It was a good spot and kept us dry for the rest of the night with the onslaught of heavy rain.
Here is a photo of our tent under the shelter ... excuse my washing hanging across the shelter! 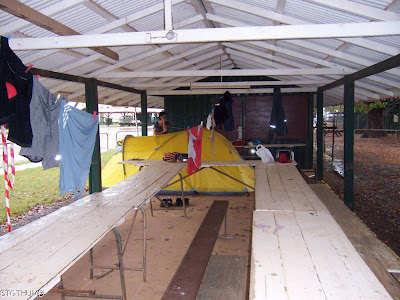 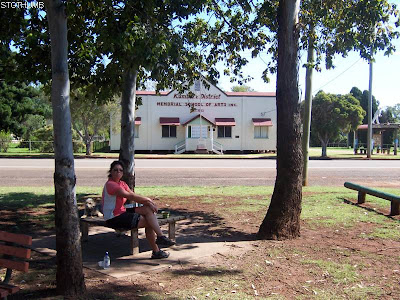 From there is was up and down for 21km - and some of those ups were quite steep and even some of the downs you could pick up speed! As you ride along it is difficult to see where the road is going as you can't see it 2-3km ahead of you so we weren't sure how much further it was until the top. The top of the divide was at 47km and that was at Porters Gap (710m above sea level) 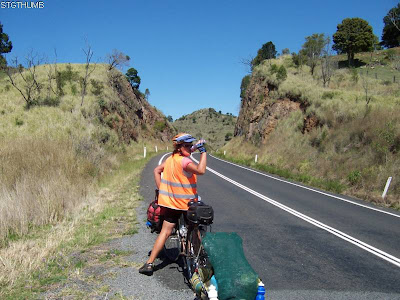 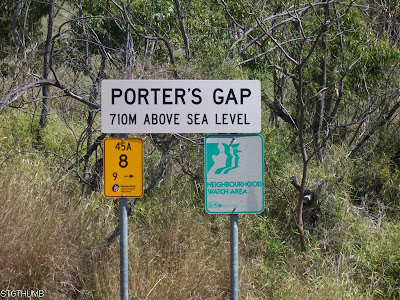 As we crossed the divide we could feel the wind blowing as it was a south westerly as before the Bunya Mountains protected us from it, but once through the gap you were more exposed to the wind and we basically had headwinds all the way to Bell. Before you crossed the divided the land is very lush and green and mainly used for crops whereas after the divide it tended to be used more for grazing (too Koutas delight he got to bark and play with the cattle!).
The downhill is not so great and only goes for about 8km and then it becomes very rolling. 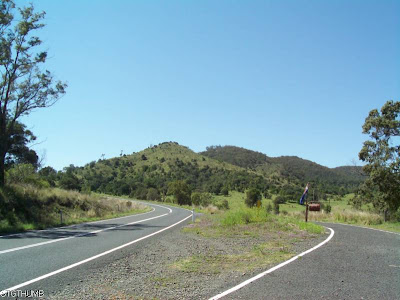 So it was bit of a slog to get too Bell but at least the scenery was beautiful, the traffic light, not too many trucks and the road surface was probably the best we have had for a looooooooooong time! Basically the road follows alongside the Bunya Mountain range 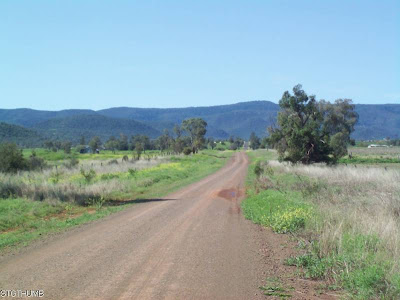 Alongside the road is full of these pretty yellow and purple flowers - not sure on their names and it makes the surrounding area very spring like with very green grass! 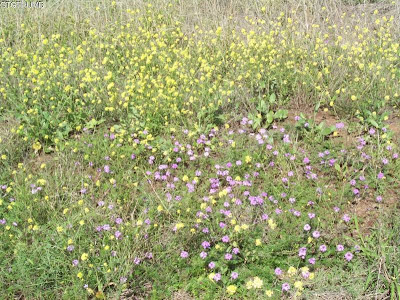 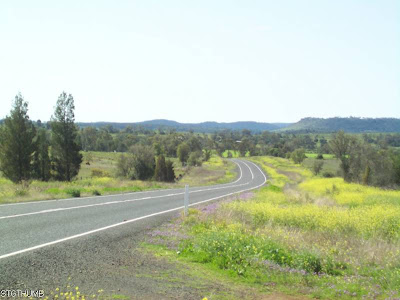 We had a quick muesli bar stop just before Bell and Neil has a new pose ... 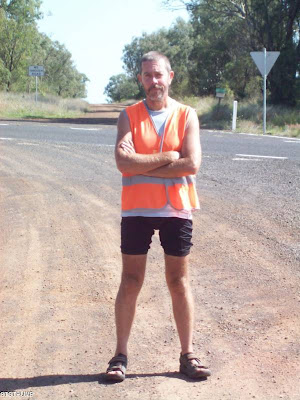 Macho isn't it!
We got to Bell just after 2pm and we couldn't find the APEX park from Camp 5 and if the park we saw was the APEX park they don't allow camping so we are here at the small caravan park - I think it is very expensive for unpowered ($18) especially for way out here! Bell is a small town and has an historic Catholic church with nice gardens and historic tapestries inside - we did pop in but someone was in there and I think she was praying so I really didn't want to start taking photos of the tapestries and disturb her! but below are snap shots of the town.
We have a short day tomorrow (40km) to Dalby where we will hopefully pick up our wheels. In for a cold night tonight I think ... so I assume Kouta will be sleeping between us again! 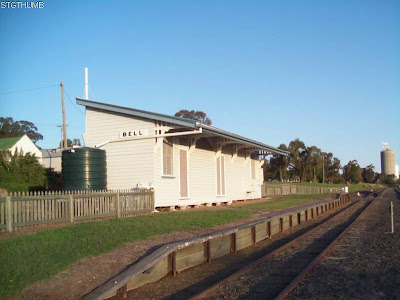 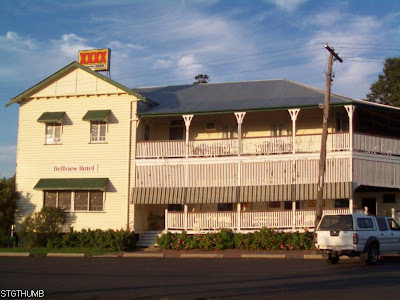 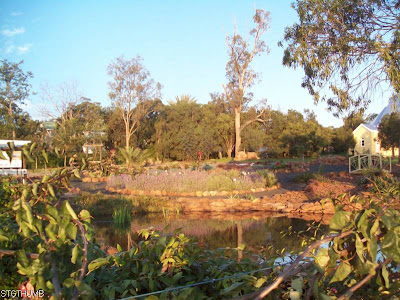 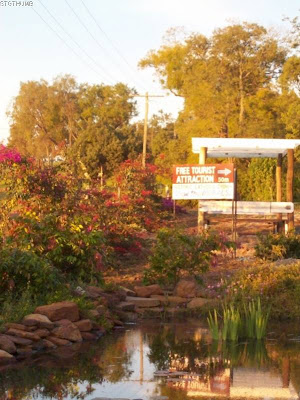 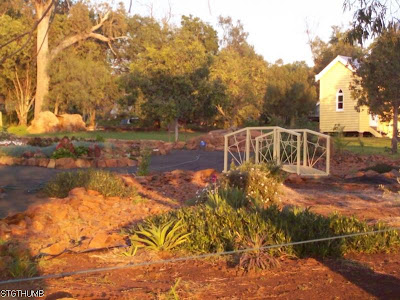 the garden outside the catholic church
Posted by Janet O'Brien at 6:20 PM