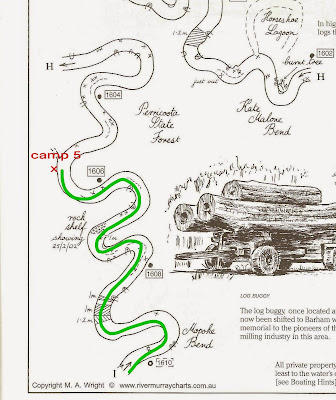 The wind had finally died down yesterday evening but definitely returned last night as this morning we woke to it blowing hard again.  Fortunately our spot was out of the wind and it wasn't until we got around the corner that we realised we were in for a tough day!

but first we had some visitors this morning ... 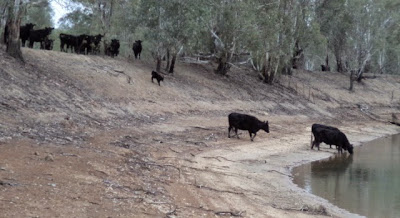 lucky for us we had just got some water out of the river to put through the filter and then they turned up - they were up river of us! 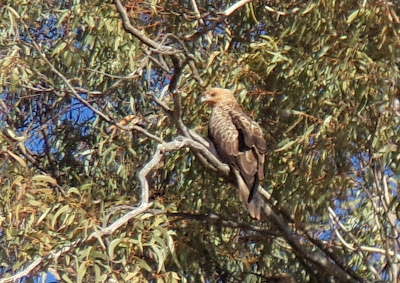 it is some sort of Kestrel Neil reckons, me I just think it is a bird of prey eyeing Kouta up as it is probably sick of eating fish and sees Kouta as a delectable piece of red meat!  Speaking of Kouta he is a little more settled and we now put his jacket on him for the bulk of the day and he is one little hot dog but I suspect that he is happy to wear the jacket as it keeps him warm and as long as he is warm he is happy - maybe that is why he was so unsettled at Lillydale lake - maybe he was cold! Here he is sitting happily behind Neil ... 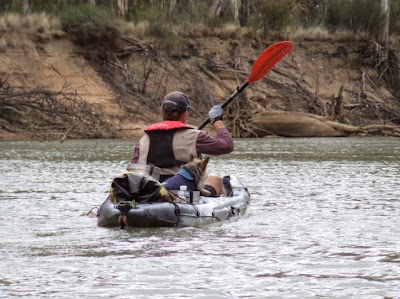 Like I said previously todays kayak was exceptionally hard - we were going into the wind for the most of it with every now and then we get a stretch that is sheltered from the strong westerly winds.  On the radio the forecasted winds from 25 - 40km per hour and we had them alright!  They are swinging to a south westerly and right now I can feel the wind is a lot colder than what it was this morning.

This pelican thought we were following it ... 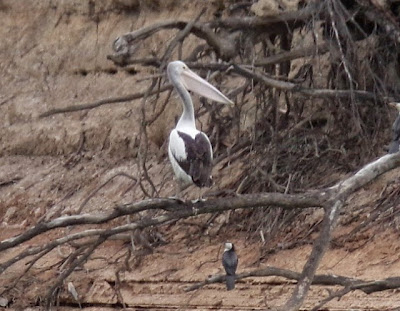 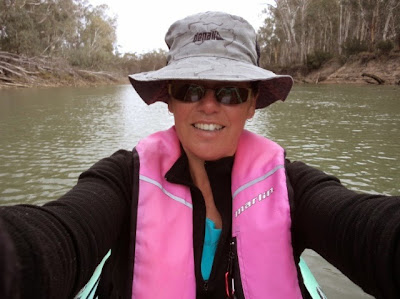 What we were aiming for today was the 1600km mark and so doing a 26km day, however we weren't expecting this strong winds so we revised it to a 20km day but we had to hit our 100km mark which is at 1612km so here we let out a woo hoo! 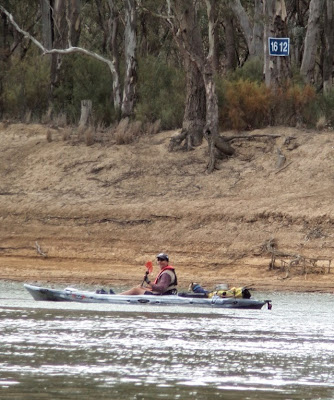 So all along here since we have left the weir we haven't come across great camp spots and if there has been some there has been no where to beach the kayaks or the embankment has been too steep for us.  so we were umming and ahhhing as to whether or not to pull up earlier if we find a good spot to camp and we did find one around the 1606km marker - we think we are around this spot as the 2km markers are far and few in between! 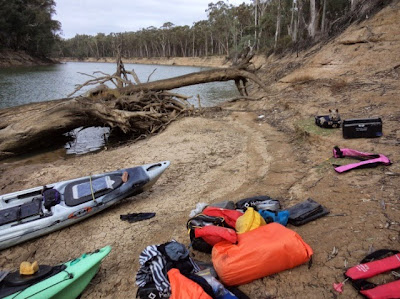 as you can see it is not pretty but it is practical!  and the tent did fit on this spot ... 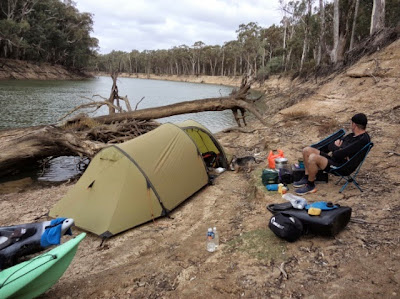 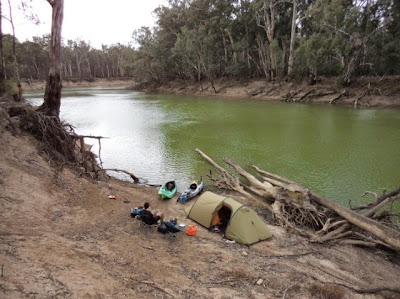 Okay here is a photo of a somewhat motley crew 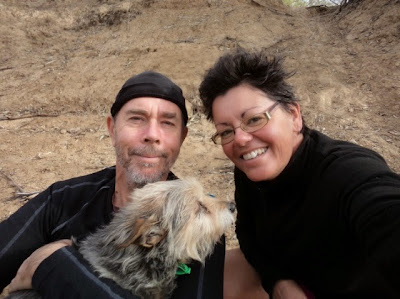 please bear in mind we haven't had a shower for 6 days and we only have cold washes - my hair has been washed once since we left Echuca!  Lets just say that Kouta looks a bit more presentable than us!
Tonight we are having a change for dinner - instead of curry again we are having spaghetti - Neil picked up 2 tins at Torrumbarry weir as well as a loaf of frozen bread and 1 litre of UHT milk.
The next few days are forecasted for south westerly winds so the temperature will drop and then warms up towards the end of the week.
Posted by Janet O'Brien at 6:21 PM