Initially we were meant to complete our circumnavigation around the island by road today by walking to the highest point on the island but when I went to see what everyone was doing I ended up with Emily and Bradley in tow and they mentioned St Pauls – you remember the other day Neil and I went there to try to have a swim but it was too rough with the water pounding in to the large rock pool?  Well they mentioned that it might be a  calm day there for a swim so we decided to chance it and walked there again (the walk is easy getting there it is just the getting back – steep hill back!)
We took Dad with us and then Lea Ann and Uschi were going to come later on the quad bike.  On our way to St Pauls we saw the yacht that had earlier asked the islanders if they could set anchor and come ashore for the day … it was parked not far from The Claymore! 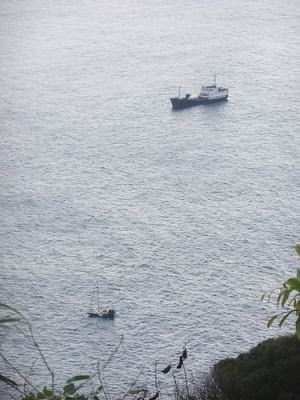 We got to St Pauls and you can clearly see that it is a lot calmer than they other day! 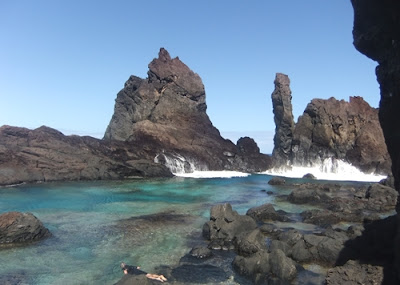 The water is pristine clear … perfect for swimming 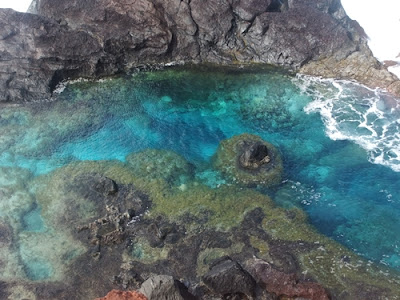 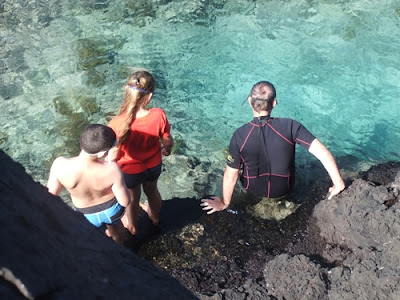 Finally they all got in 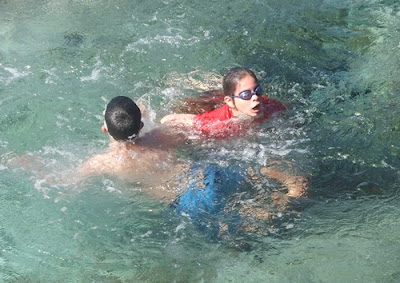 They said it was cold and I didn’t have Lea Anns wetsuit as I left it for her since she was coming down later.  Once I got in it was fine but I didn’t take as long as Neil and the Kids to get in.
It was lovely in the water and it wasn’t as rough as what I thought it would be.  There was water coming in from the ocean but that was at the other end opposite to where we were predominantly swimming.  Even when a big wave did come in there wasn’t much undertow.
Lea Ann finally turned up to snorkel but didn’t stay in very long 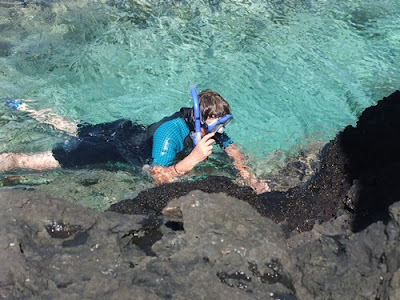 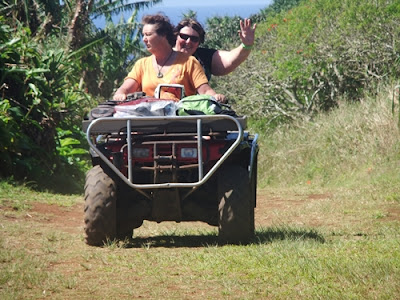 Later on that night we went to dinner at Steve and Olives’ café.  Since there are a lot of tourists and government agents on the island (17 of us) they opened up the café for a $15 meal – you had a choice of crumbed fish, beef rissoles or fried chicken … I had fish.  The serving sizes were huge! 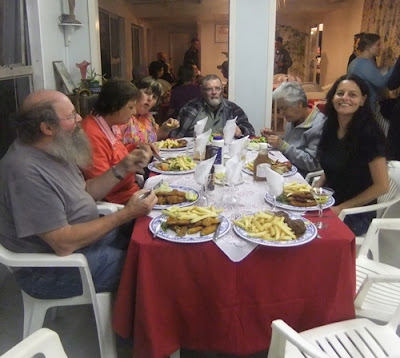 After that there was a party up at Cousin Andys house so we went there and there was a mixture of non islanders and islanders, loud music and dancing 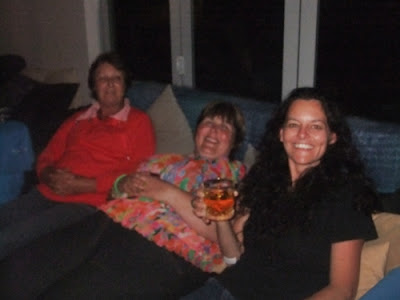 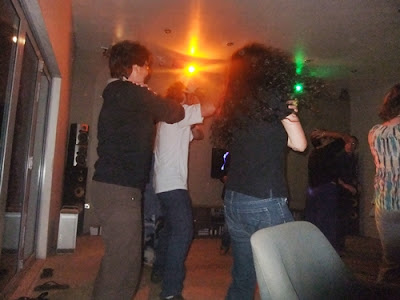 Neil, Lea Ann and Uschi piked out.  The music was too loud and by 11pm we were knackered and decided to leave Sharon partying the night away and headed home!  Clear night so we could see all the stars.
Posted by Janet O'Brien at 3:29 AM