This is our last full day on the island, tomorrow (Sunday) we will be busy packing and getting last minute essentials for the  boat trip back home.
Olive and Steve wanted a family gathering up at what the call the vege patch.  Like most islanders they have a large vege patch away from their main home (as well as having a substantial one around their home!)  Up at their vege patch they have a kitchen and small sleepout.  So we went up to dig yams.  The yams on the island are not like the one in the supermarkets ... they look more like taro or root potatoes.  They are also pronounced differently ... try 'yarms' LOL 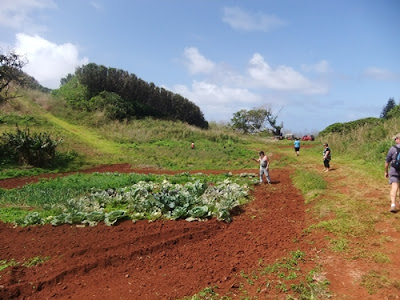 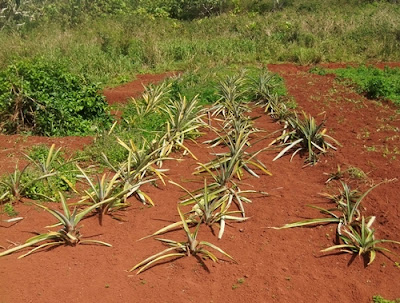 Everyone on the island does grow their own veges ... basically cabbage (green and purple), carrots, yams, spring onions, tomatoes, pineapples, lettuce etc.  I think Mum and everyone else are surprised that they don't plant more of a variety ... I did point out that they grow the veges THEY like not veges tourists like!  Mum would like capsicums and cucumbers!  then again it is cooler so maybe they grow better in the Pitcairn summer.
So the set up for their kitchen and sleepout is typically Pitcairn! 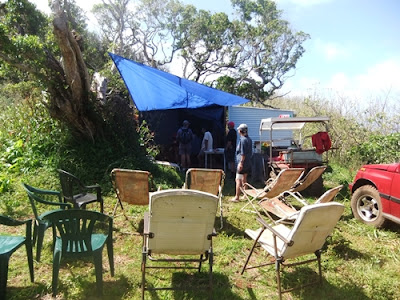 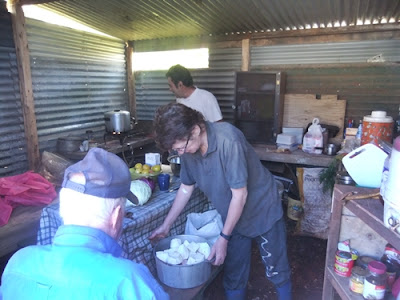 I think most people would die if they saw what the food is prepared and cooked in ... but hey that is just typically Pitcairn ... especially typical of the die hard islanders (older generations) not so much maybe the ones that have lived in NZ for the majority of their lives!
Now Steve and Olive grow 2 types of yams - purple and white and they are just boiled up in a big pot and served up like a potato, breadfruit and taro.  They are best served with a saucy meat dish. 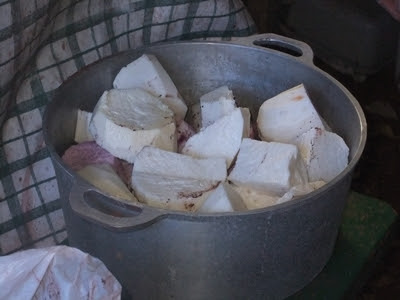 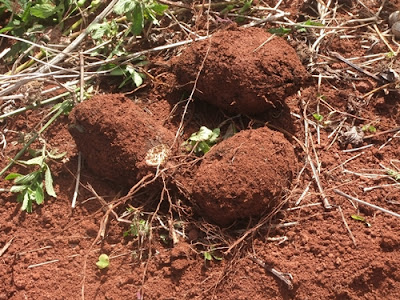 They are easy to dig out of the ground as the ground is soft but unfortunately they are also easy to break with the hoe/digging implement ... 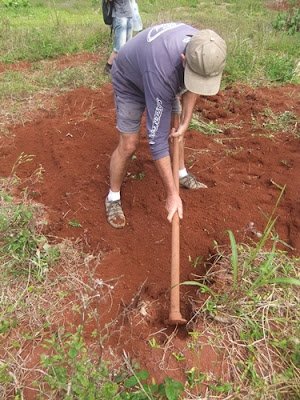 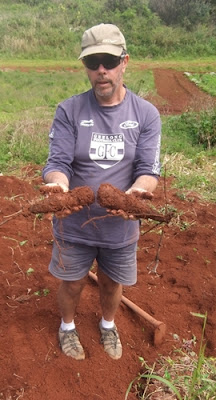 even Adrianna had a go at finding them but used her hands! 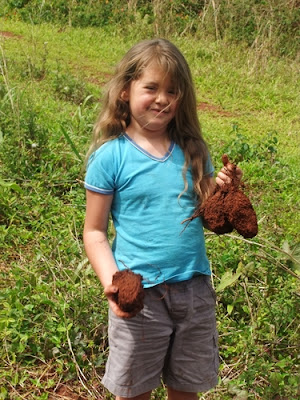 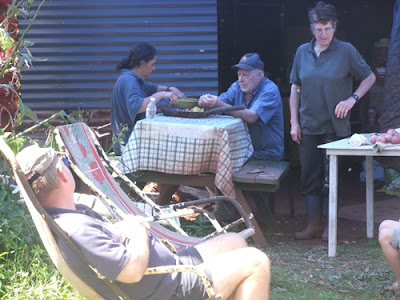 here is Mum working on her suntan ... 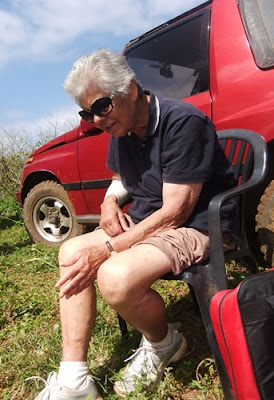 and here is my late lunch/early dinner - coleslaw, purple yam (above coleslaw), white yam and goat (again!) I am feeling guilty eating it now as there are some many cute goats around! 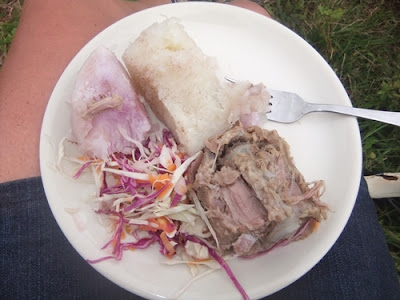 I stayed away from the tomatoes, onion and cornbeef combo as that is artery hardening stuff - cornbeef is tinned (not silverside) and is the stable diet of most of the Pacific Islands ... although here on Pitcairn it is not a stable (eaten daily!) but you do see it in peoples shopping baskets!
Later on that night Brenda began making some Arrowroot biscuits - I love these - they are just grated coconut (and its milk) and arrowroot flour and you make a mix so that it is pliable and then spread it out on a tray and bake 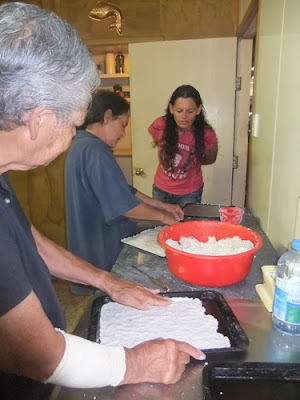 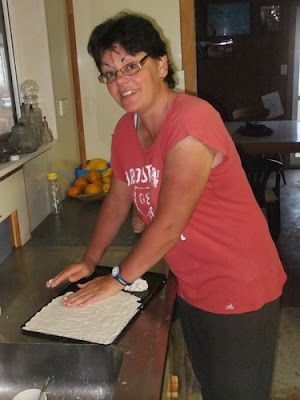 you try to make the spreading of the mix as even as possible so it comes out all one colour, Mum used her fingers to spread the mix whereas I found it easier with the palms of the hands! 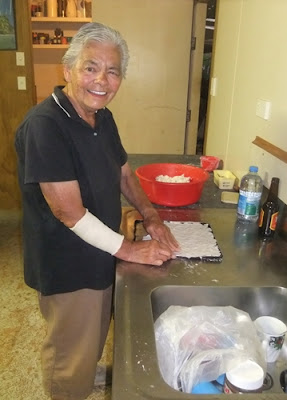 Okay this is my last post until NZ.
Posted by Janet O'Brien at 5:42 AM