Last blog I left you at Howlong and we were going to continue on as the free campspot at the Lions park wasn’t great.  Well after hot chips and dim sims (no fish as it was at $6.50 a piece!) to warm us up as well as some bread and crunchy hazelnut spread we set of but not before Neil had to go back up on the bridge and take these photos of us at the park … 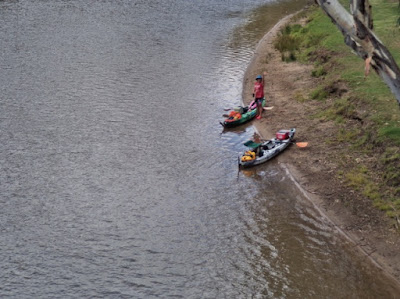 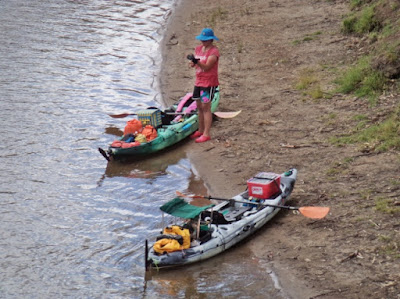 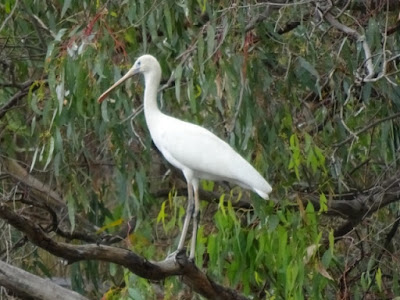 And also this bird which I have to say has a serious case of ‘river hair’!!! 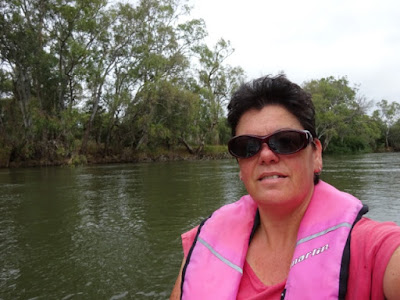 I think I mentioned that we had to paddle against the river flow to get to the Lions Park well on our way out it should have been an easy paddle but the wind had picked up and was really blowing so it was stronger than the river current and we really had to paddle to get back to the Murray!  So we are looking for a campsite within 10km of Howlong … do you think we could find one along the way … no! and the only suitable one was already taken by a couple in a caravan.
The weather around us is threatening and the clouds are dark and grey and it looks like it is going to rain.  We see lightening and hear thunder 2 times and on the third well it was right next to us … it was loud and had a definite crack to it so much that made poor ole kouta jump high and nearly into the water, fortunately Neil stuck his arm out just in time so he landed on his dog bag, we immediately pulled over to wait for the thunder and lightening to move on.  It moved very quickly away from us but no sooner had we got back into the kayaks it began to rain and it was like that for the next 10km.
We were tired and the arms began to ache and there is not much around in terms of places to beach the kayak and set the tent up and the skies are getting ready to down load on us 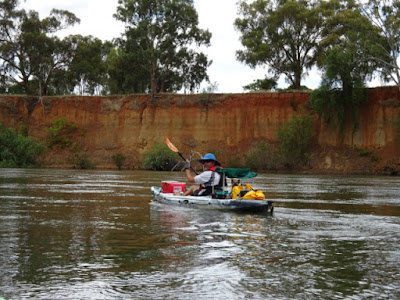 We tried several possibilities but no until the 2116km mark and there was a nice little spot for the tent and room for the kayaks.  Once set up the view is lovely! 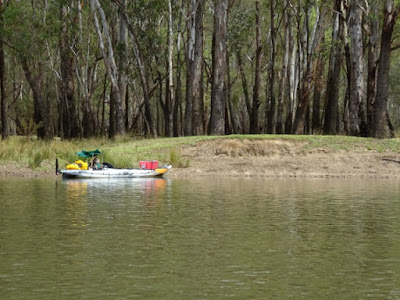 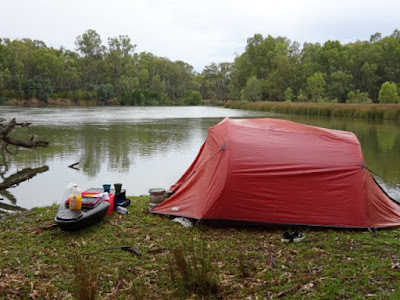 Lucky we decided on this spot as not long after the cuppa was made the rain began and continued for most of the night – we went to bed without a wash, it was too cold to have a wash anyway!
Dad you remember that travel pillow that converts into a camping pillow? Well I have lost it too Kouta 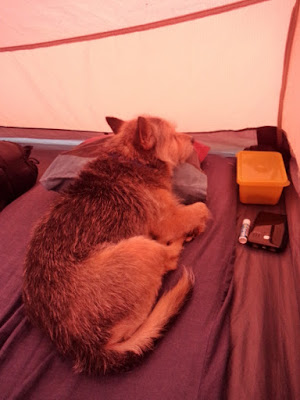 He decided that he would try it out and loved it so much that he slept on it for a while and wasn’t happy when we had to move him!  In between showers we did manage to get out and stretch the legs and we saw our first kangaroos grazing 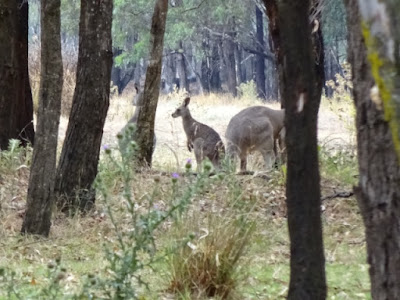 So we went to bed with the rain steadily coming down and throughout the night it was off and on.  We woke this morning and the rain had stopped and the forecast was for a cloudy day with sun poking through and 27 degrees so we get up and realise just how much rain fell last night – the kayaks were full of water! 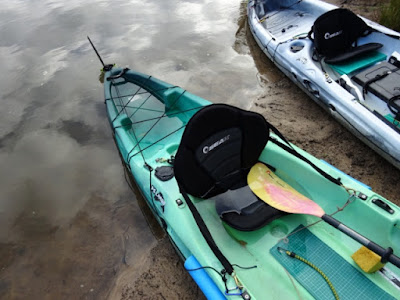 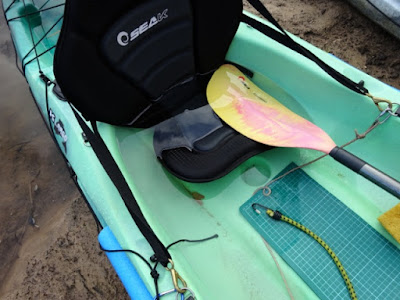 I catch up on the washing and Neil bails out the kayaks and everything is now beginning to dry.  We will have a rest day here and let the bodies recover, Neil says he is okay but his whole body is aching, my shoulders are tired and welcome the rest today, kouta will sleep the whole day, in fact he will be like a teenager – we won’t see him at all!
Tomorrow we will try to paddle 30km and camp just outside Corowa (about 6km out) and then on Wednesday pop in to get supplies and continue.  We heard on the radio that a group of 6 men will leave Albury on Monday and are kayaking to the river mouth – they will take 45 days! So we think they will overtake us when we start again on Tuesday.