We had a great rest day yesterday – plenty of sunshine to dry everything out, we even managed to have our first hot solar shower 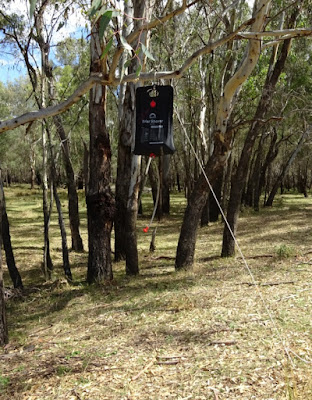 Could have stayed under the shower all day if it wasn’t for the little black ants – never mind the mosquitos and flies (off which we have had NONE!) it is the damn ants you have to worry about and they bite and nip you if you stand in one spot too long!  It was good to have a rest day to let the arms recover – Kouta slept most of the day 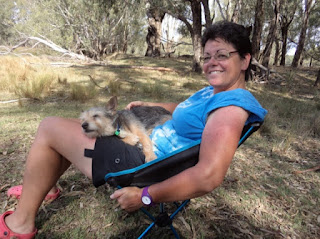 Up early this morning but unfortunately we had a few things to delay us – Neil twinged his back, a nest of little black ants decided to make a home in my seat (where the straps go in the back) so I had to bang the heck out of the seat to let them disperse, got rid of most of them but the smell … oh my lordy was it stinky!  Eventually we did manage to get off at around 8.15am.  Not much change in the scenery just trees, birds and cattle!
Not sure what these cockatoos are doing … 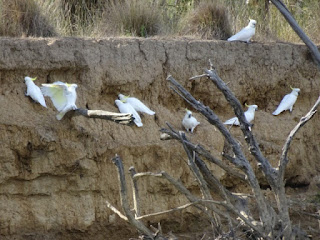 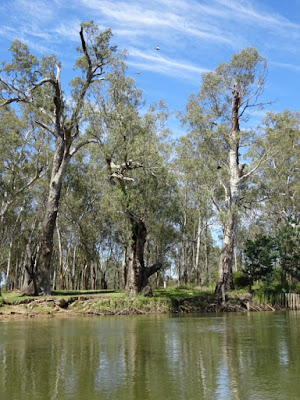 So on our rest day  2 kayakers passed our camp the 2nd stopped to chat and his name is Gordon and he is going to the river mouth like us slowly while his friend is stopping at Yarrawonga.  They both come from Strathalbyn in South Australia – so it was a trek to get to the start of the Murray but at least when Gordon finishes he won’t have far to go home, his friend will go back to Albury (where the car is ) and drive back home.  So today we meet up with Gordon around the 2104km mark, stopped for a chat and realised that we will probably overtake his frien (Merv) around lunch time.
I forgot to mention that the maps we are using at the moment are the Spatial Vision ones and not long after the 2116 mark (have to guess according to the contours of the river as to where you are as the km marker signs are vary rare!) there seems to be a muck up with the blue signs – by my reckoning and map reading (which has been spot on!) according to the bends, creeks and markings we should be at the 2112km mark but they had it at 2114km so either the map was out or the river markings are.  As we went along the map is correct and the 2114 marker is wrong, but by the next marker you see the map is still 2km out, but then all of a sudden at the 2096km mark the river signs coincide with the map signs.
Just before the 2094km we pass Merv and there is a nice spot to pull over for lunch so we do.  Both of them have a Kaboose which is small waterproof trailer that follows behind them 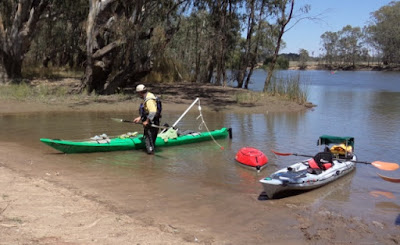 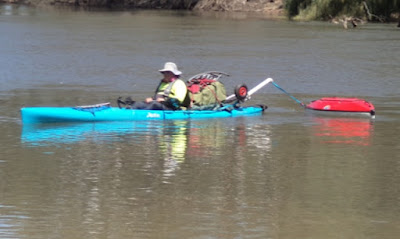 They do have a lot of stuff with them – Dad you would love the kaboose thing to trail behind you (a bit like a bob trailer for a bike) as you can carry everything.  Gordon is like you Dad – has a Helinox stretcher and like you also has a squab to put on it, he also has a Kathmandu  rocker type chair!  Gordon also has a kayak that you can pedal!
We decide to stop just before the 2088km mark so we are  about 8km from Corowa. It is a nice spot, there is a little estuary for the kayaks 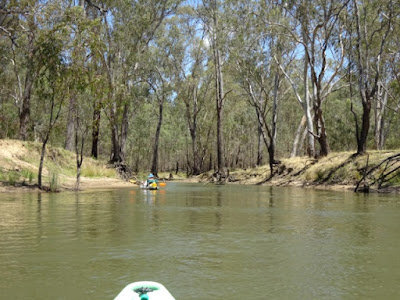 There is also a nice sanding steep embankment to climb (it isn’t that bad really!) and also a great view from the top of the river for our tent 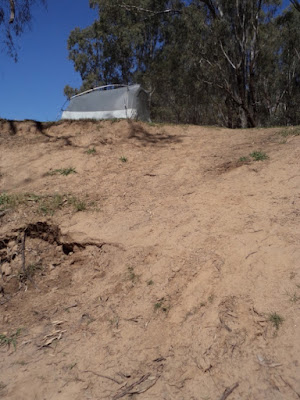 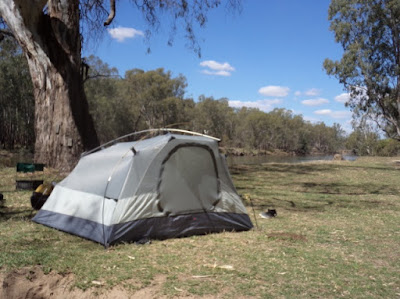 Then Merv floated by and the Gordon – I think they might be just around the corner from us – they were last night!  So I was lucky no need to sprint up the embankment!
Will pass through Corowa tomorrow and pick up supplies and continue on.
Posted by Janet O'Brien at 10:06 AM