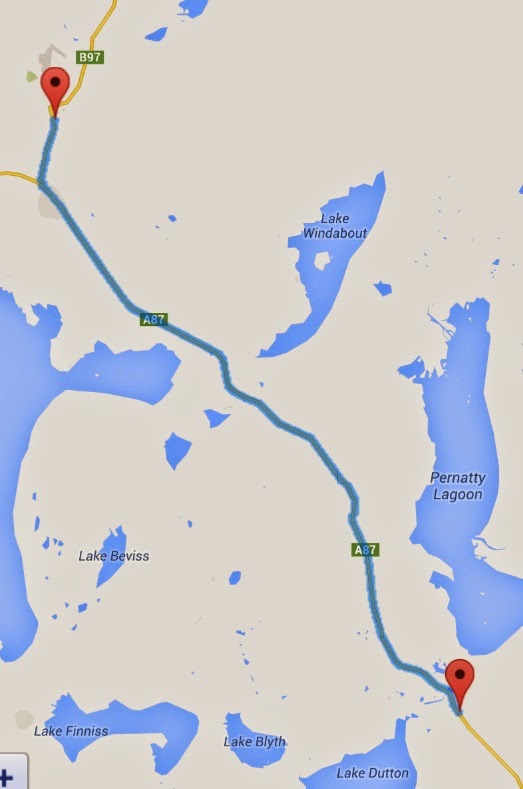 Sorry these are a bit late Ray but here are a few photos from the outside displays at Woomera ... everything from planes, torpedos, rockets and radar/satellite things! 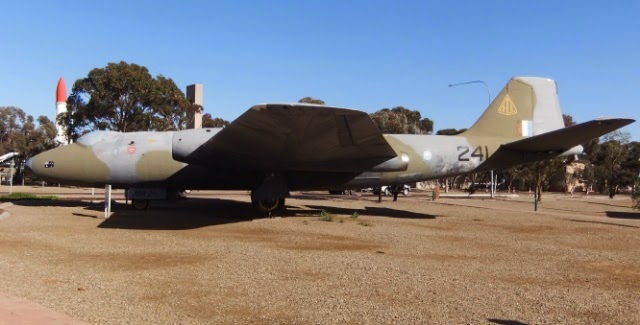 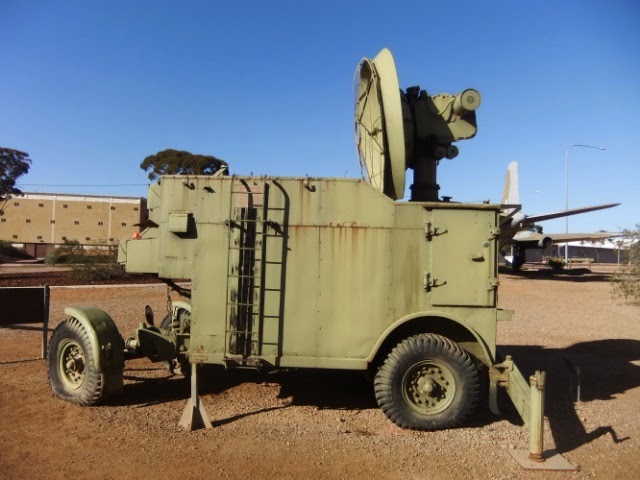 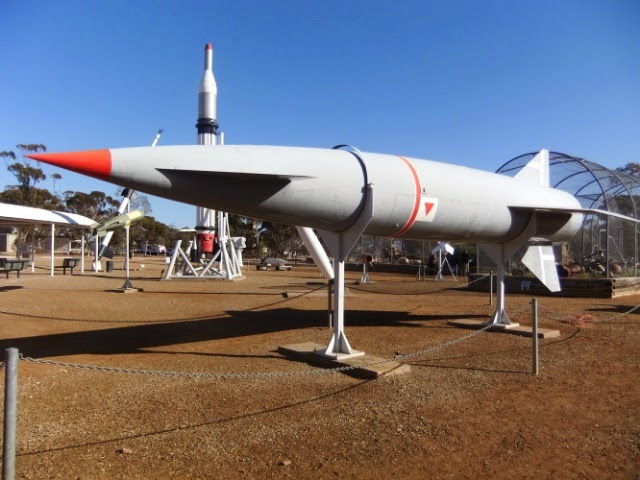 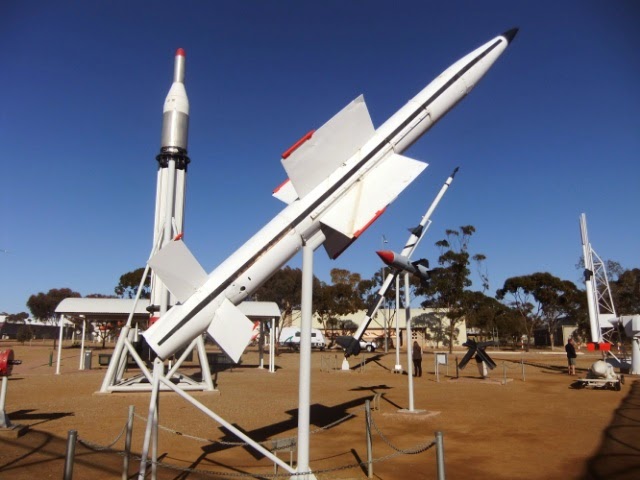 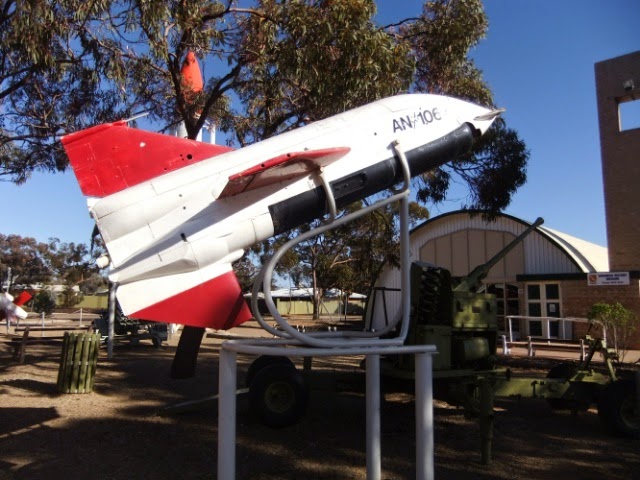 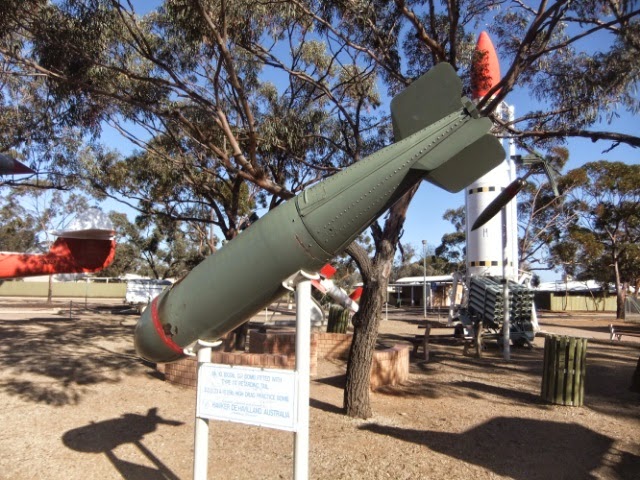 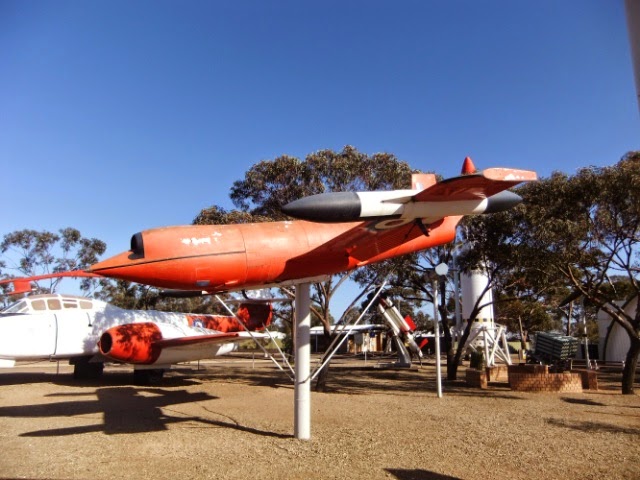 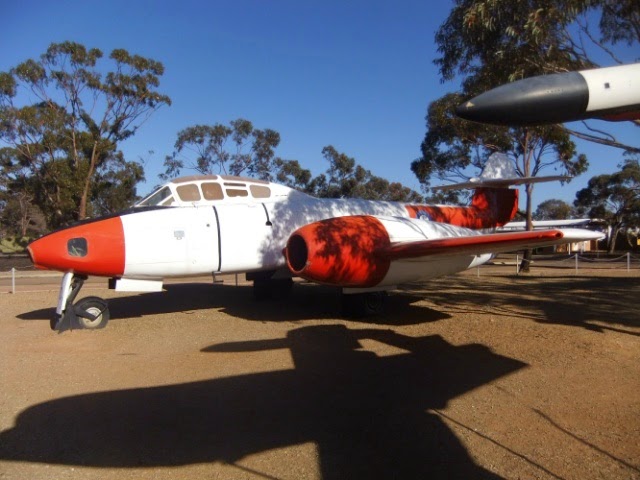 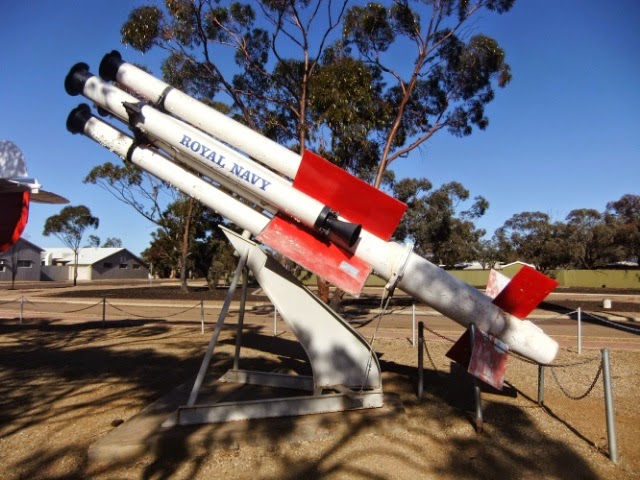 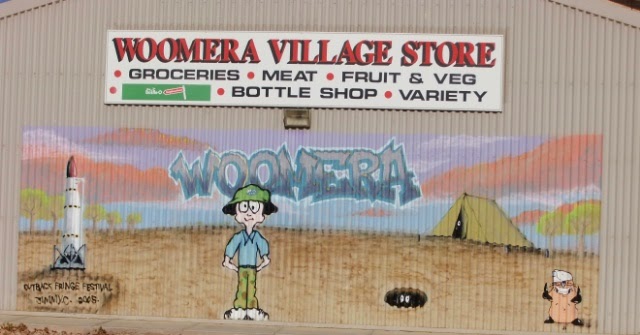 It was a good rest day yesterday and this morning Neil had issues with his rear wheel tube (namely the valve) so he had to change that so that left us leaving a little later than expected - 8am.
The wind is blowing from the East south east and is light so not too bad.  Sitting on around 14km per hour for the first 30km as it is out in the open with no protection from shrubs.  If you look at the profile you can see we did some down and up hills - not hard but appreciated as that allowed for free wheeling and to get out of the saddle.
The first 30km was probably the hardest section of the day.  Not alot of traffic going our way but heaps going north - both travellers and trucks.  Our traffic going in our direction started around 11am with a few trucks - probably coming from Roxby Mines.
After 38km you come to an area where there is alot of shrubs and makes for good bushcamping and this continues until 50km and then you are back out on the salt bush plains with no where to camp until here at Mona Lena Lagoon Rest Area - we are opposite this rest area as there is a track going to one of the massive power poles.  We think there is a water tank at this rest area as we can see one, but we were unsure of the water between Woomera and Port Augusta so we took a full load of water with us so we don't need any until tomorrow at the next rest area.
Just before we selected this site we came across a salt lake that is very close to the road so we leaned the bikes agains the railing and took a walk down to the edge ...

looking at it it looks like snow or ice, we had a taste of the salt ... 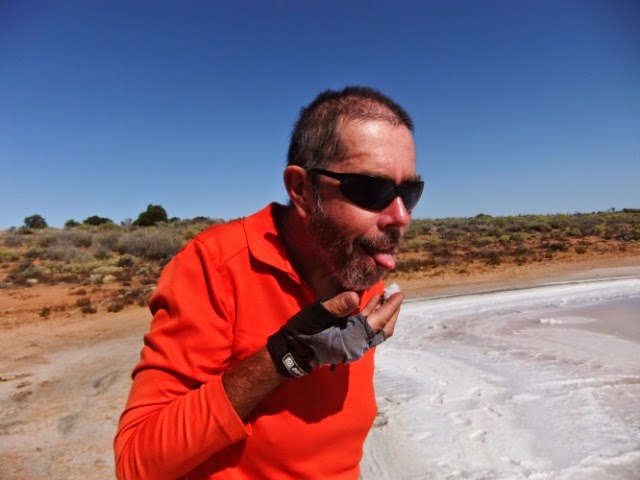 and off course the "iriot" Neil decides to shove the whole thing in his mouth (slight exaggeration there!) and then complains that it is too salty!  Whereas I just selected a few clean granules and tasted it and it is a bit like rock salt so not as salty as the salt you buy in the supermarket.
Someone had made a shark fin and put it in the water (the black thing in the photo) 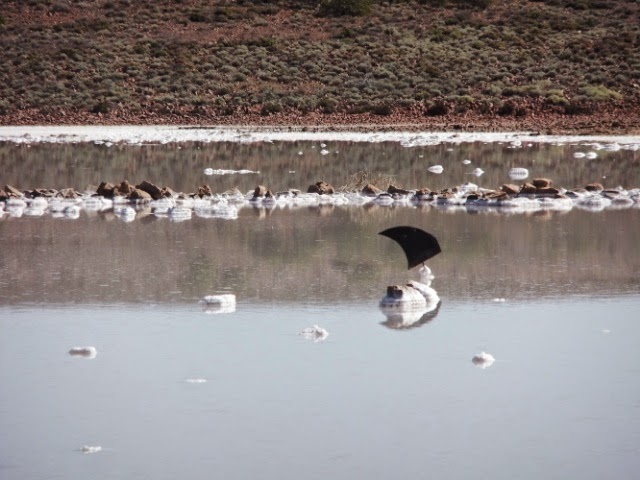 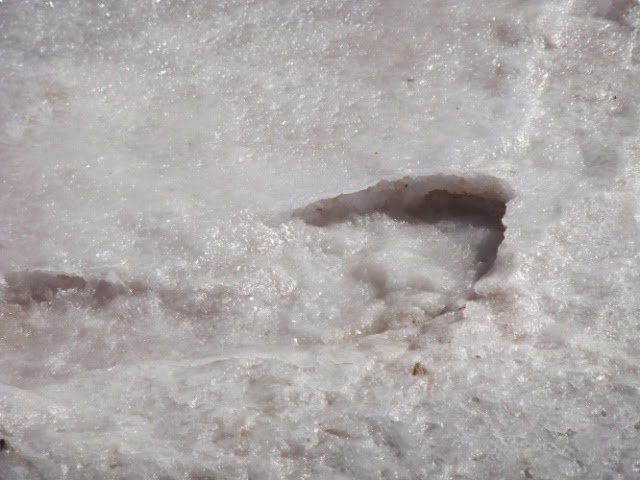 and the bikes agains the railing ... 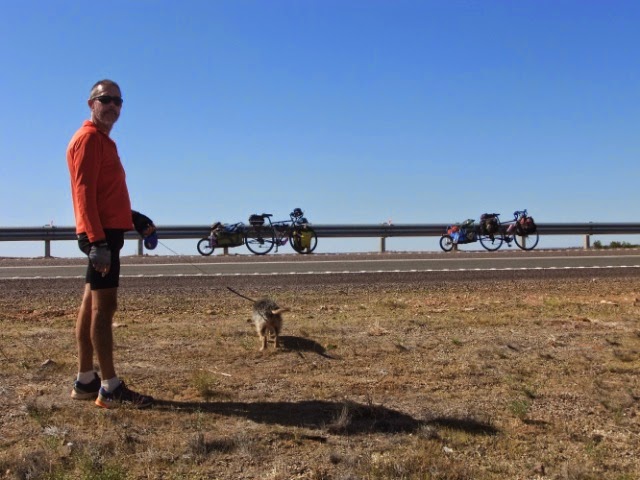 so our bushcamp is just up the road and it was just as well we decided to call it a day as the traffic both ways became heavier!
It is a nice bushcamp, on sand but not soft although it is a killer to wheel your bike on this stuff! 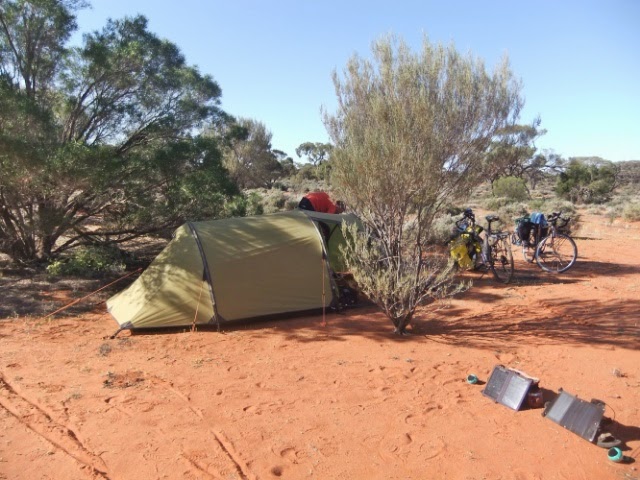 Tomorrow we hope to do another 70-75km and then a short day into Port Augusta on Wednesday.
Posted by Janet O'Brien at 4:39 PM