Just a nice short day today - for days now we have been watching the weather radar on the internet and listening to the weather forecasts as they are predicting some heavy rain in places throughout NSW and Victoria ... which places? ... I don't think they know!!!
It rained a little bit last night and early this morning and I thought that we might be stuck there in Junee but the sky was cloudy but we could still see patches of blue so we decided to move on. It was only a 40km ride to Coolamon and with a tailwind it only took us 2 hours to get here. The ride was good, predominantly flat, and the road was fantastic and even had a huge shoulder once you crossed into the Coolamon shire.
It wasn't a very eventful ride - no snakes, accidents or anything of that nature except for a few light showers of rain of which Kouta hated.
We got to Coolamon just after 11am (we left Junee late this morning!) and the campground is a council one - $10 for power or $7 for unpowered - so we splashed out and got a powered site! an absolute bargain! there are only 5 other vans here and I think they are semi permanent. The town itself is quite large (popn around 1600) and there is a brand spanking new Foodworks on the corner no less than 50m from the campground ... bonus!!! 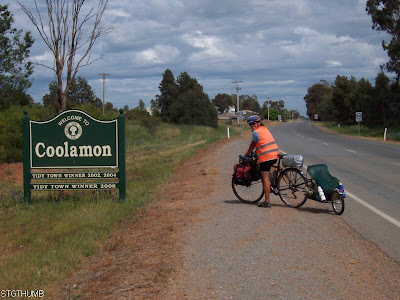 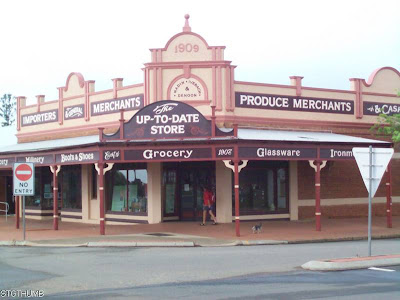 It is now a museum - so if we are rained in tomorrow we will pop in. The town itself is again well presented and full of old buildings ... 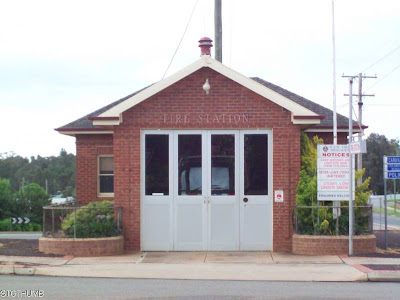 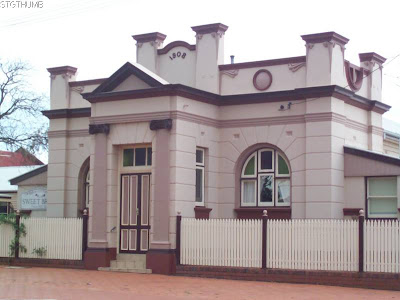 a bed and breakfast 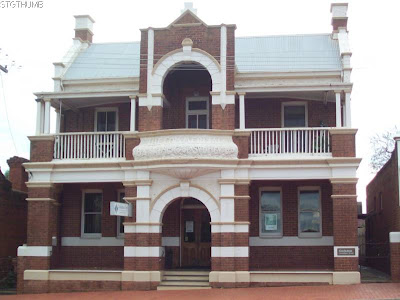 I think this is some sort of bank or an accountant
While walking around town a train came through and the lights and bells were going for quite a while so much that there was peak hour traffic in down town Coolamon ... 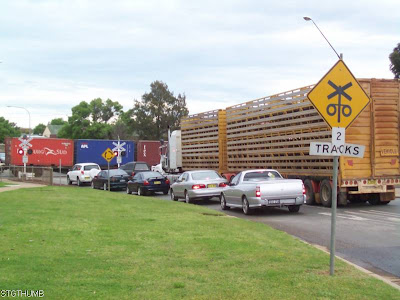 probably the equivalent to the Springvale road train crossing in Nunawading!
We think the rain will come tomorrow so we could be stuck here in Coolamon if not we will endeavour to go the 75km to Lockhart.
Posted by Janet O'Brien at 6:48 PM