Today was a trip to Disneyland which is about 1.5 miles north of us but we paid $5 for an all day ART bus pass (mum got a seniors discount which was a $3 discount!)
We got there just as it opened - we decided not to go with the 2 park pass as the other park (adventure land) is not really suitable for Caleb since he doesn't go on any of those adrenalin rides.
It has been 35 years since I have last been at Disneyland and they still have the same rides and machines!  The only difference is the yellow submarine which has a Nemo theme ... Nemo was not around 35 years ago!
Our first ride is the train that takes you around the park and then we go over to Autopia which is car driving.  There are heaps of cars so Caleb had one to himself, Sharon was with mum (mum steering while Sharon was on the pedal/accelerator) and apparently that was hilarious with mum driving, while I was behind them in my own car filming their driving!  for some strange reason I think mum was struggling with the driving and they kept stopping ! 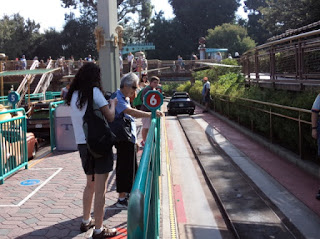 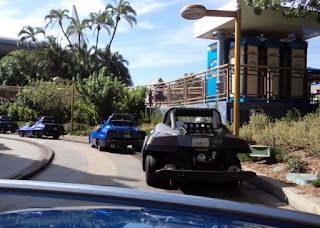 next was a short walk to Disneyland castle, didn't go in it as you just pass through it and end up in an area that is full of kids! 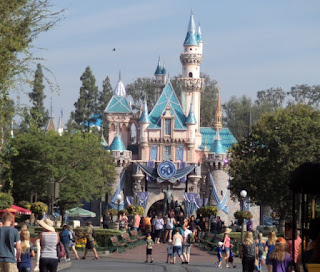 We go in the yellow submarine and as soon as the  narration started we all chime that it was an Australian accent!  since it has a nemo theme and the characters are predominantly Aussie so it was only natural that the narration would be Australia. 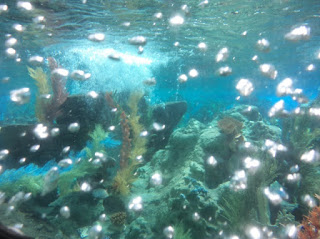 so this ride when I was 8 years old was fantastic ... now it doesn't really grab me!
So next stop is Small World.  This is a boat ride that floats inside this castle ... 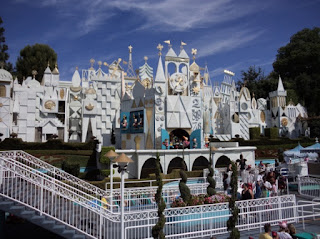 and it constantly plays the small world theme while you cruise around looking a some very colourful dolls representing various countries ... 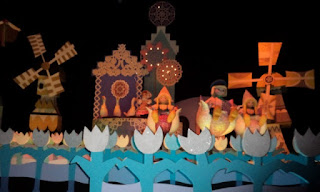 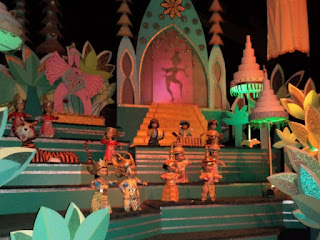 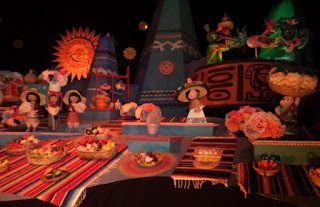 it is a very small float for New Zealand 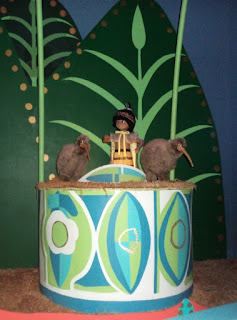 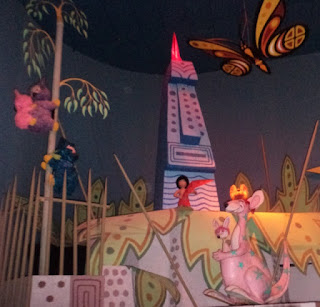 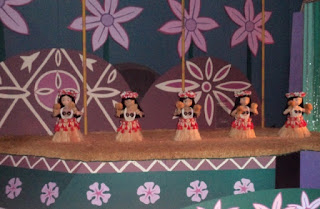 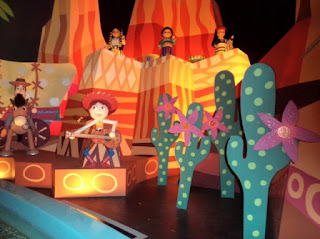 and this is what Caleb thought of the ride ... 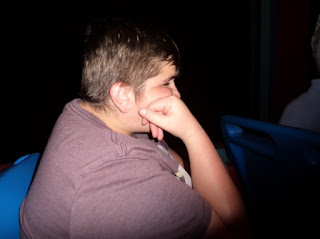 Sharon on the other hand was singing the theme all the way through!  Mum was probably asleep!
At lunch mum had a toasted ham sandwich (right) while I got an iced coffee (left).  I didn't realise their version of iced coffee was not like oz or nz - milk based.  this one was just cold coffee ... it was actually quite nice!  I didn't buy any food as I bring a donut, muffin and apple from brekky with me ... sharon does the same as the lunches are big and I find that if I have too bigger lunch I can't fit dinner in and besides it is cheaper! 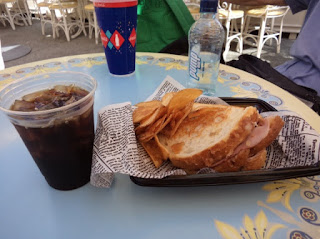 this is Calebs ... chilli dog I think! 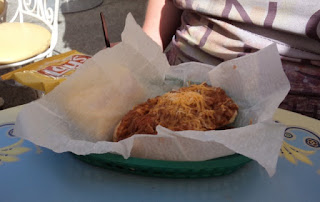 after lunch was the jungle cruise and unfortunately I thought this one was just stink ... I could not understand the person that was narrating at all but Sharon was laughing at him and his jokes (she was the only one!) 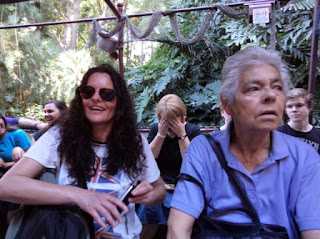 next up is a cruise on the Mark Twain steam boat ... this was nice as we were in the shade for most of it ... 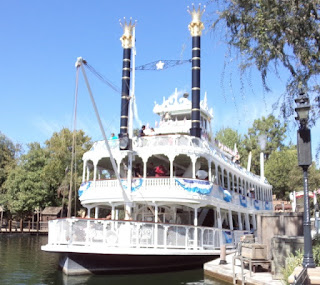 Sharon managed to convince Caleb to try Thunderbolt mountain which is a mild adrenalin ride, he hadn't been on it before but he loved it ... 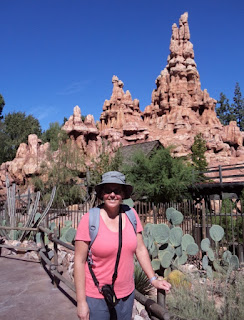 I forgot to show you our first adrenalin ride from this morning - matterhorn bobsled which he had been on a previous visit. 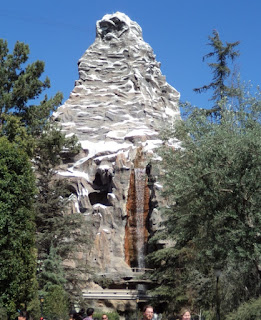 by now it is hot and mum is getting grumpy and caleb is complaining about the heat while sharon is scratching herself silly as she thinks she has a heat rash on her legs and arms, so we make the cups the last ride ... 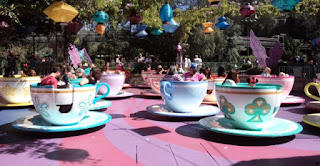 caleb was with me again and he tried so hard to make me vomit by giving the cups extra spin but the heat got to him and it was too much work and he gave up! 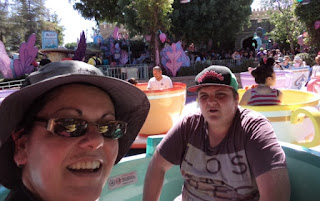 at this point mum is nearly dying of thirst and typically leaves it to the last minute to get some fluids in her, so I find what she wants - some ice drinks and we all by some to cool off - calebs was blue raspberry, mine and sharons was passion mango while mums was cherry 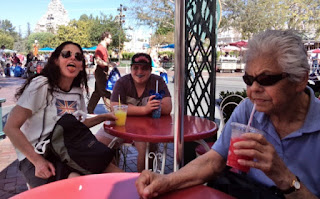 so we leave the park around 3 and straight away we put some laundry on as there is a guest laundry room and jump in the pool to cool off.
Tonights dinner is Carls Junior - I will hopefully remember to take the camera to brekky tomorrow to get some photos.
Posted by Janet O'Brien at 11:02 AM