Our final day of paddling here at Lakes Entrance today so we left this morning around 9am.  It is a very cloudy day with absolutely no wind when we started out ... the complete opposite to yesterday!
We decided to have a go at going up the narrows since it is flat calm so here is where we are going ... 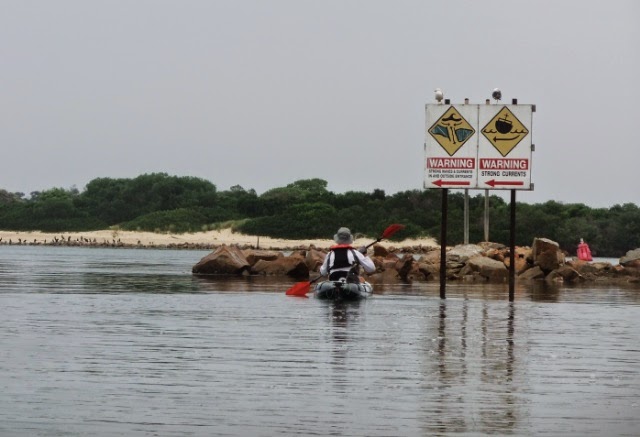 the 2 signs warn you of swift currents just behind the rocks and I suppose on a day like yesterday we could have tried it and made it to Tasmania with the flow and wind blowing! 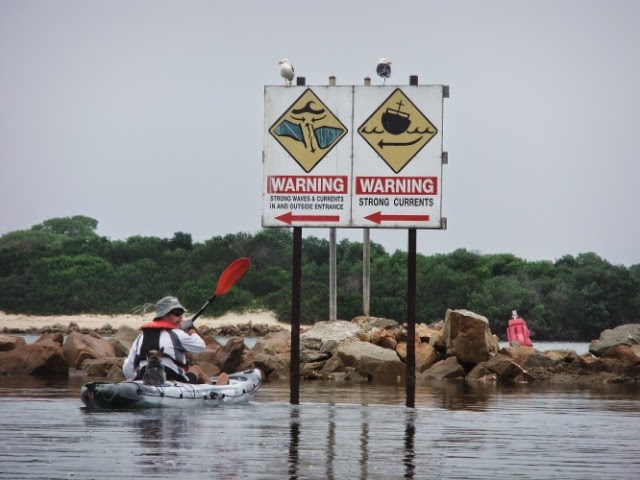 but since it was dead calm we went out and it is so deep! and we headed north wards and it was so calm and peaceful! I would imagine on Saturday it would have been busy! 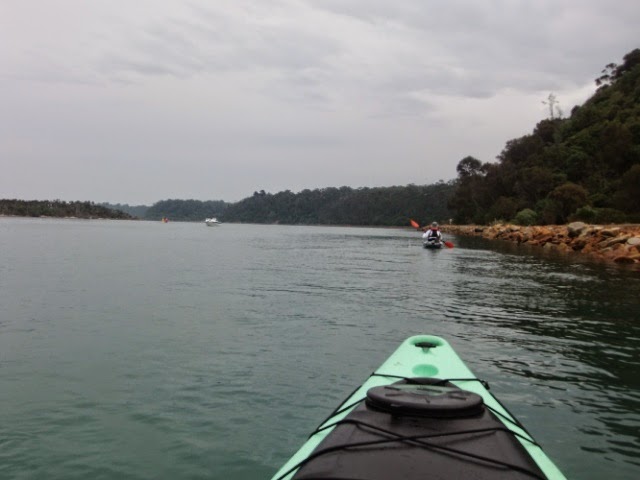 we went up as far as Kalimna pier, beached ourselves and let Kouta run around.  The arms we a little tired due to yesterdays hard slog  and it wasn't until on our way back agains the outflowing tide that I really began to feel the past 6 days worth of kayaking!
I thought since I am out in the narrows that I would take advantage and take a photo of the quite narrow sea entrance  into Lakes Entrance ... I can imagine the currents would be horrendous especially at the change of tides! 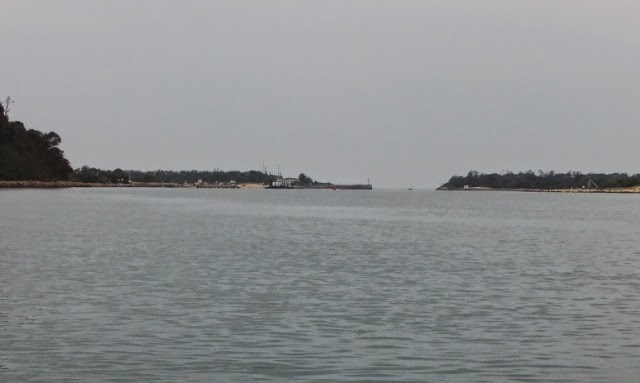 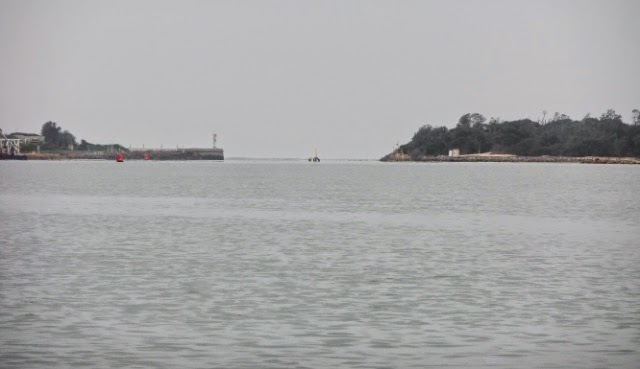 once at the bridge and we were on the home straight I had to keep stopping to give the arms a little rest and boy were they really tired especially between the shoulder blades so it was with relief that we got back to camp!
Since it was early we decided to wash down the kayaks and pack a few things away in the hope that we will leave early tomorrow!
Posted by Janet O'Brien at 2:36 PM