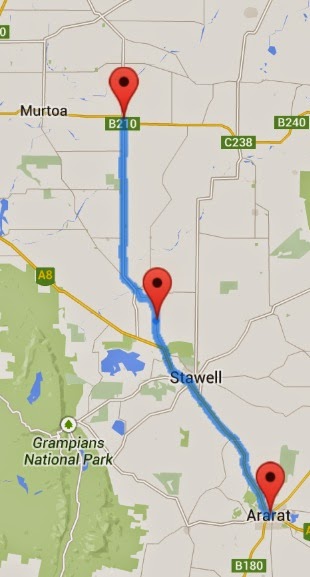 Well we didn't end up where I said we hoped to end up last night.  There was a thunderstorm and lightening show last night and poor little Kouta didn't cope too well with it, not sure when it came through but I woke to the smell of hot stinky breath in my face ... no not Neil!  But Kouta having a panic attack due to the thunder and lightening.  So we put him between us and laid our hands on him to reassure him and nodded off back to sleep to leave him to cope with his insecurities about the weather.  He must have settled back down after the storm had passed as in the morning he was fast asleep in his basket.
There was very little rain with this storm and in the morning the wind had subsided but was still cloudy.
We set off after having to fix yet another flat tyre on my bike ... we are finding the patches to repair punctures are not holding and either it is the glue or the patch or both that is no good so we put a brand new tube on the back wheel.  This delayed our start and didn't get away until 8am.
We took the quiet road to Stawell and eventually it began to drizzle a bit, so on came the rain coats and this road is popular with a few trucks so we coped a fair bit of water from the spray from their tyres ... we were more wet from that than from the brief showers.
Stopped for a cuppa t 40km and both admitted that we were tired and doubted we could make Willaura today (about 117km) also because the supposed northerly winds were just not there so we resided that we would get to Ararat and brave the main highway between Stawell and Ararat.
Just after the turn off to Stawell we pulled into a rest area for some lunch ... Now Ray and Flo do you recognise these? 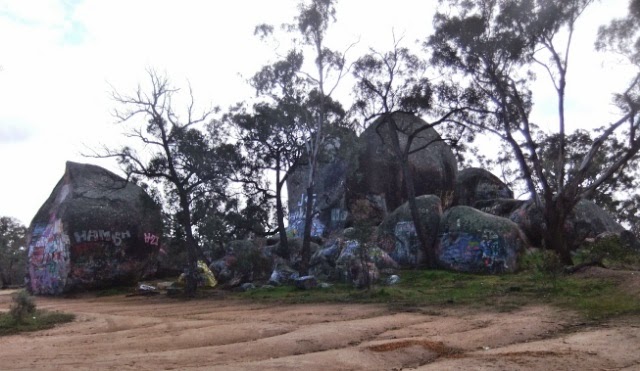 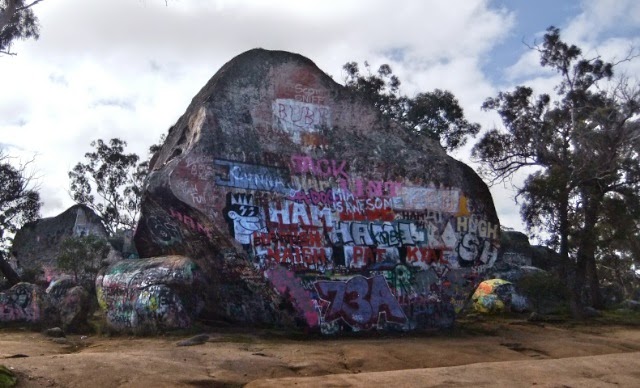 the photos aren't great but they are stones or boulders that have been graffitied ... Neil has never been here before but he recognised them from your photos.
The highway shoulder between Stawell and Ararat is okay according to Neil but I thought that it could have been better.  It is practically non existent for the first 5km out of Stawell and then it becomes a wide lane but full of lumps, bumps, crap and bits of branches and sticks from yesterdays winds.
It is a very scenic route to Ararat though and that is the only positive about this highway.  The traffic is heavy but I suppose the wide shoulder is better than nothing.
You are gently climbing up to Ararat - not hard hills but a nice easy gradient and you cross over the great divide at a whopping 342m above sea level!!! 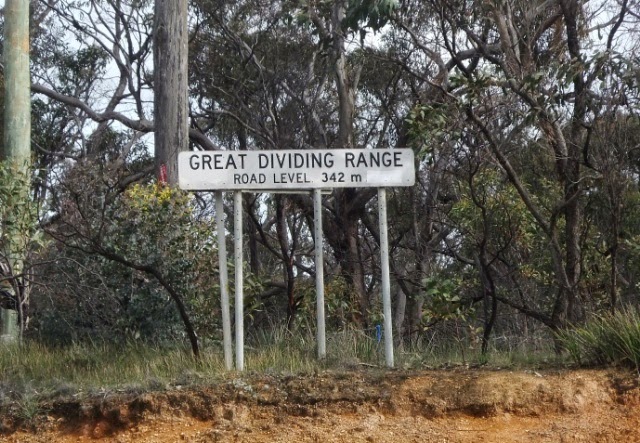 We get to Ararat around 2pm - an early day, we are tired and are hoping for better winds tomorrow.  Kouta is absolutely knackered! 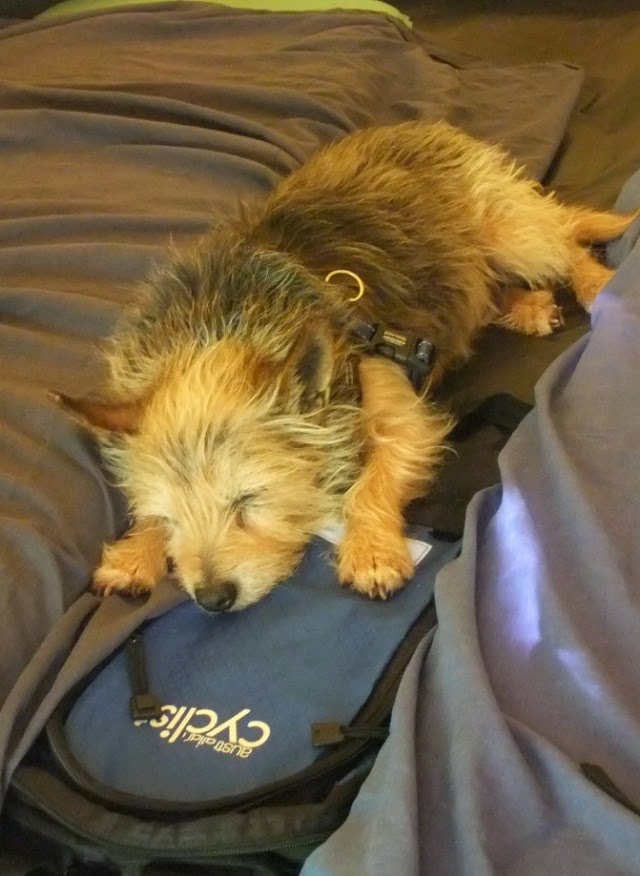 We have stayed at this caravan park before and it has new owners we think and it is no longer part of the Top Tourist chain so we didn't get our discount - hence the expensive camping!  I did however have a very long hot shower to make up for the over charging!  It does have a camp kitchen so tonights dinner is up to Neil and that could be anything from pies, crumbed fish, lasagna, pizza  and chips ...depends what is marked down or is on sale!
Tomorrow we are hoping for Mortlake if the legs feel good or if they don't then Lake Bolac ... remember that place last time I was there?  I wonder if that guy found his keys to his ute!
Posted by Janet O'Brien at 4:36 PM